MDC’s Morgan Tsvangirai caught with his pants down 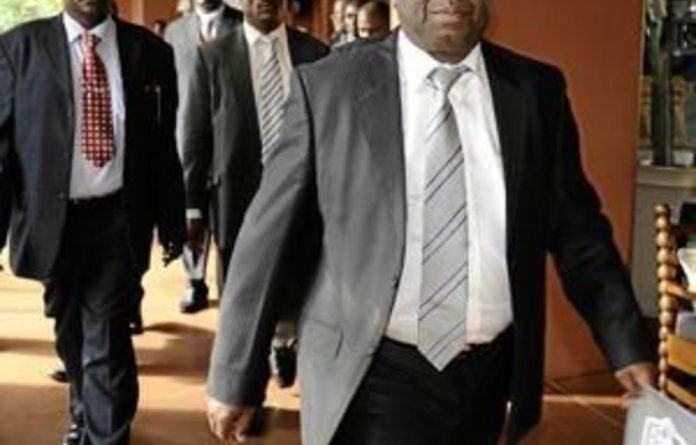 With the possibility of elections in Zimbabwe next year the main issues should be the country’s stalled economic and political reforms. But, instead, scandal and sleaze have taken centre stage.

Denials by opposition leader and Prime Minister Morgan Tsvangirai that he paid $36 000 to marry his pregnant girlfriend have ignited a media storm that has eclipsed a new public health scare in Harare and reports of fresh setbacks in reforms.

Tsvangirai’s aides strongly denied reports that he had remarried and said that he paid only $10 000 in “damages”, a traditional fine for impregnating a woman out of wedlock. The woman, Locadia Tembo, is said to be pregnant with twins.

A 23-year-old Bulawayo woman, Loretta Nyathi, is also claiming maintenance from Tsvangirai for a son she says he fathered.

The press has linked Tsvangirai to three other women.

Tsvangirai, whose wife, Susan, died in a car crash in March 2009, has refused to make any statements about the controversies and his aides are desperate to draw a line between his office and his personal affairs.

“The only marriage that the prime minister is concerned with is this dysfunctional government of national unity,” his spokesperson, Luke Tamborinyoka, said.

Even among some of his supporters, there is fear that his public image may have suffered in the deeply conservative society.

“It is not for us to say whether or not he should marry, but he should behave in a manner that does not raise questions about his behaviour as a politician, as a public figure,” said Pedzisai Ruhanya, an analyst sympathetic to the opposition Movement for Democratic Change.

“As a feminist, I am very angry about the way he doesn’t respect women. If it was America, what he has done would be called a scandal, and it’s an embarrassment,” Dongo said.

The sex scandals are unlikely to bring Tsvangirai down, but could still shake public confidence in his leadership.

Nevanji Madanhire, editor of the independent Standard newspaper, wrote in an editorial: “Tsvangirai is loved in this country and respected the world over for the change he has brought to this country, but it will be these little indiscretions that will begin to eat away his armour.”

Beyond their standard rhetoric on black empowerment and land, Zanu-PF campaigns have always been marked by personal attacks on Tsvangirai.

Recently, Tsvangirai’s support for gay rights saw a state media columnist suggest he had “gay tendencies”, and a militant war veterans leader said Tsvangirai should be “stoned to death”.

And there is every sign that Zanu-PF is eager to use his personal affairs once again to undermine his standing.

When Tsvangirai stepped into Parliament for Finance Minister Tendai Biti’s budget statement last week Zanu-PF MPs roared with laughter, lampooning him as “Zanu-PF’s son-in-law”. His alleged new wife is a sister of a Zanu-PF MP.

A gleeful state press has splashed Tsvangirai’s personal affairs across their front pages.

Amid the frenzy attention has been drawn away from a typhoid outbreak that has affected more than a hundred people in Harare.

Hopes for media reforms were also dashed after a broadcast licensing board, headed by a Zanu-PF supporter, granted two radio licences to party loyalists, including the state-owned newspaper group, denying the licences to independent applicants.