When ‘culture’ clashes with gender rights 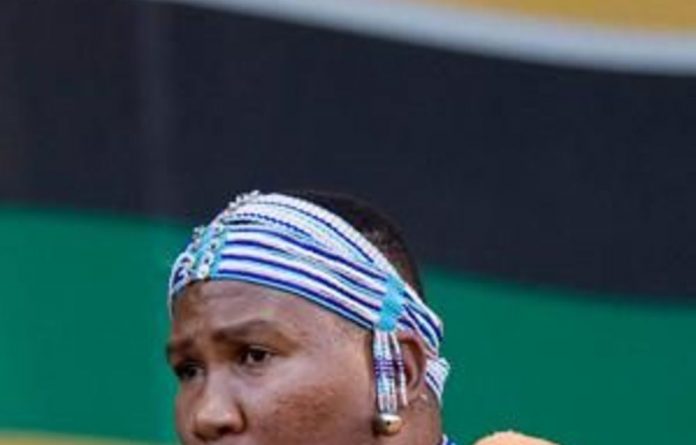 Whose culture, and to what end? These questions cropped up again last week when Mandla Zwelivelile Mandela, an ANC MP better known as the grandson of Nelson, met with the Tshwaranang Legal Advocacy Centre, the Rural Women’s Movement and the Commission on Gender Equality to clarify his position on ukuthwala.

Ukuthwala is a practice that involves the abduction and forced marriage of girls who are frequently under-aged. Mandela, who is also the chief of the Mvezo traditional council, told Parliament’s portfolio committee on rural development and land reform in July 2010 that, “for a girl to be taken as a wife through ukuthwala — the process has nothing to do with age — When you are going to discuss culture do not even try to bring in white notions as such an approach will turn things upside down. Firstly, culture has no age. Age is something we learn today because of our Westernisation.”

In response, Tshwaranang and the Rural Women’s Movement approached the ANC in Parliament to hold Mandela accountable as a parliamentarian. They also laid a complaint with the Commission on Gender Equality.

Tshwaranang executive director Lisa Vetten pointed out that ukuthwala violates the constitutional rights to dignity, freedom and security of the person, as well as the Recognition of Customary Marriages Act of 1998, which prescribes that prospective spouses be over the age of 18 and that they must both consent to the marriage.

At the meeting Sizani Ngubane, founder of the Rural Women’s Movement, explained that ukuthwala in practice means that girls as young as eight can be forced into marriage: “I try to put myself in the shoes of that little girl and there is no way that she could consent.”

Mandela made a distinction at the meeting between culture and the practice of ukuthwala and undertook to make a statement in the National Assembly to elucidate his stance.

The organisations requested from him an unequivocal statement that the age of consent to sexual intercourse is 16, in terms of the Criminal Law (Sexual Offences and Related Matters) Amendment Act of 2007, that he affirms the legal requirements on customary marriages, and also publicly condemns the abduction, kidnapping, assault and rape associated with ukuthwala. Vetten regards this is an opportunity for Mandela to clarify that cultural and gender rights are not set up against each other.

Mandela’s endorsement of ukuthwala is one example of the claims increasingly being made in the name of “culture”, 17 years into democracy. Traditional leaders have emerged as a political force, as reflected in the renaming of the department of local government to explicitly include “traditional affairs”.

Traditional leaders would have us believe that a “pure” African culture has existed “for centuries”, of which they are the custodians. Challenges to this position are frequently dismissed as purveying foreign or “white” notions. The universality of every person’s right to realise her full human potential is denied.

The challenges confirm that culture is a contested site in post-apartheid South Africa. All cultures are fluid, ever-changing and contingent on historical conditions. Rather than a singular African culture, it is more accurate to speak of African cultures in the plural.

This also holds true for whiteness, which white people frequently do not think of as “cultural” despite its being exactly that, complete with the usual potential for oppressive curtailment of human expression. It is important to remind ourselves of the origins of what is promoted today as “African culture”. Postcolonial theorist Ashis Nandy writes how colonialism “altered the original cultural priorities” of both the coloniser and the colonised and brought “recessive subcultures” to the fore.

Taking this point further, Ugandan scholar Mahmood Mamdani describes in his acclaimed book Citizen and Subject: Contemporary Africa and the Legacy of Late Colon­ialism how what came to be understood as “custom” was in fact a concentration of the authoritarian elements of pre-colonial societies.

He writes: “Lest one thinks that the tag ‘customary’ was a shorthand of letting things be as they always had been — we need to bear in mind that there was nothing voluntary about custom in the colonial period — colonial custom was enforced with a whip” in a system that Mamdani dubs “decentralised despotism”.

The revival of practices such as ukuthwala, virginity testing and male circumcision should be read against the attempts to circumscribe rural women’s rights with the Communal Land Rights Act (declared unconstitutional last year) and the proposed Traditional Courts Bill. Mazibuko Jara from UCT’s Law, Race and Gender Research Unit calls it part of a “conscious agenda to retribalise the countryside”.

In periods of great social upheaval, such as South Africa’s transition to democracy and the local fallout of the global economic crisis, people seek reassurance amid the destabilisation. It is in times like these that old certainties, even of the oppressive variety, may look attractive.

That is why we see some white people harking back to apartheid and many South Africans pursuing reactionary expressions of religion. The intervention by Tshwaranang and the Rural Women’s Movement confronts not only Mandela and his ilk but all of us with the simple question: Do we want a democratic South Africa in which girls are abducted and forced into marriage in the name of “culture”?

It also reminds us of the ongoing struggle to claim our hard-won democratic gains in the face of growing attempts to resuscitate practices and structures of apartheid and colonialism.