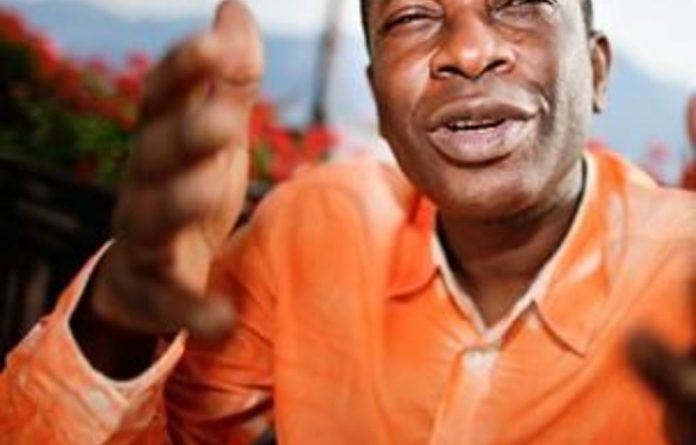 He is the son of a car mechanic. He began earning money by selling pirated CDs in car parks but went on to become one of the most influential recording artists in the world. Now Youssou N’Dour is putting his music career on hold so he can enter politics ahead of the presidential elections in his native Senegal next year.

“The political class is scrambling around to figure out his next move,” said Amadou Diop, an adviser to Idrissa Seck, a former prime minister and opposition figure. “Even if he doesn’t contest the presidency itself, his decisions are going to have a big impact. Anyone he throws his weight behind is going to claw a lot of votes.”

Best known globally for his songs drawing on Senegal’s ­traditional mbalax music, N’Dour is also fêted at home as an entrepreneur. “He’s loved by Senegalese, by music fans, and he’s a shrewd businessman who has created jobs — this is what the people want,” said Diop.

N’Dou’s announcement came on the back of the launch of Fekke Maci Boole — which, in the local Wolof dialect, means “I am Involved” — a social consciousness movement he said will “disturb” the country’s entrenched political elites. It is not clear whether N’Dour plans to challenge Abdoulaye Wade, the 85-year-old president, who has been in power since 2000, but his declaration has stung politicians.

N’Dour said Wade, whose age is sometimes disputed, should not stand for re-election after winning two free-and-fair polls. The musician’s words will worry Wade, who has, in the past, tried to shut down N’Dour’s paper and television station. Long seen as a haven of democracy while most of its West African neighbours were ravaged by strongmen and coups, Senegal has had popular protests this year.

In February Wade sparked a storm of discontent after announcing plans to stand for a third term, saying the two-term limit did not apply to him because he introduced it only during his second term. That helped trigger a movement known as Y’En A Marre, French for “We’ve had enough”, headed by a group of rappers and a journalist.

Fadel Barro, one of the founders, said the idea was born after he spent almost 24 hours sitting in his dark flat due to power cuts this year. “There comes a moment when you think, enough is just enough. Life in Senegal is getting more and more expensive and the president decides to buy planes and build a $27-­million statue,” he said, referring to a 50-metre tall bronze African renaissance statue. The elections are due to take place in February 2012. —

Sierra Leone's markets have crumbled under the widespread panic that has affected most of Africa.
Read more
Africa

Soyinka razor-sharp and defiant at 80

Nobel prizewinner hits out at 'Boko Haramism' of Nigerian culture and the banalisation of graft.
Read more
Friday

Fifteen years after his death, the man who was a thorn in the side of officials in Nigeria has been honoured by the authorities with whom he tangled.
Read more
Friday

In Nigeria, Last Flight to Abuja has become the first home-grown production to outsell Hollywood films this year.
Read more
Advertising
Continue to the category
Politics