Pakistan lifted to 262-7 by Akmal and Afridi 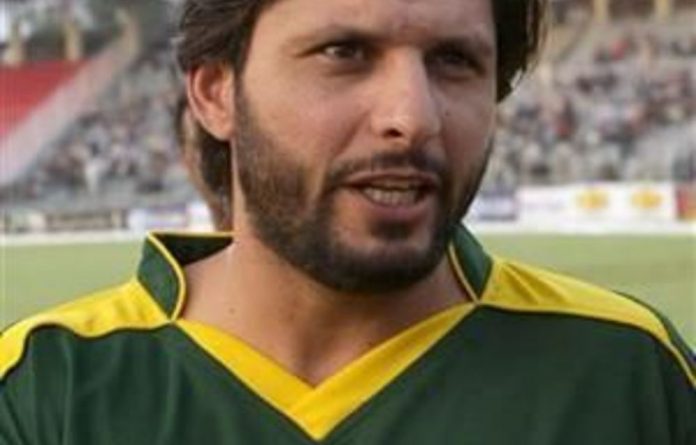 Umar Akmal scored 59 and Shahid Afridi hit 42 off 27 balls as Pakistan made 262-7 in the second One Day International against Bangladesh in Dhaka on Saturday.

Akmal added 83 for the fourth-wicket with skipper Misbah-ul-Haq (37), who won the toss and elected to bat in the day-night match at the Sher-e-Bangla stadium.

Afridi smashed two sixes and three boundaries towards the end as Pakistan aimed for a decisive 2-0 lead in the three-match series.

Pakistan have won both matches on the tour so far, taking the Twenty20 International by 50 runs and the first one-dayer by five wickets.

Bangladesh failed to reach the 100-run mark in both games.

Bangladesh bowlers restricted
Mohammad Hafeez (32) and Younis Khan (37) put on 57 for the second wicket after opener Imran Farhat had fallen in the third over.

Bangladesh’s bowlers restricted Pakistan to 93-3 at the half-way mark, with spinner Shakib al-Hasan conceding just 13 runs in his first six overs and seamer Shafiul Islam 18 runs in his opening six.

Akmal lifted the tempo by reaching his 11th one-day half-century off 49 balls, steering seamer Rubel Hossain to the third-man fence.

The 21-year-old fell in the next over, the 39th of the innings, when he holed out in the deep off Shakib to make Pakistan 176-4.

It soon became 193-5 as one-day debutant Elias Sunny picked up his first wicket when he had Misbah caught in the deep in the 42nd over.

Afridi’s aggressive batting helped Pakistan set the hosts a challenging target of 5.3 runs an over under lights. — Sapa