O’Sullivan on Selebi: ‘It’s time to face the music’ 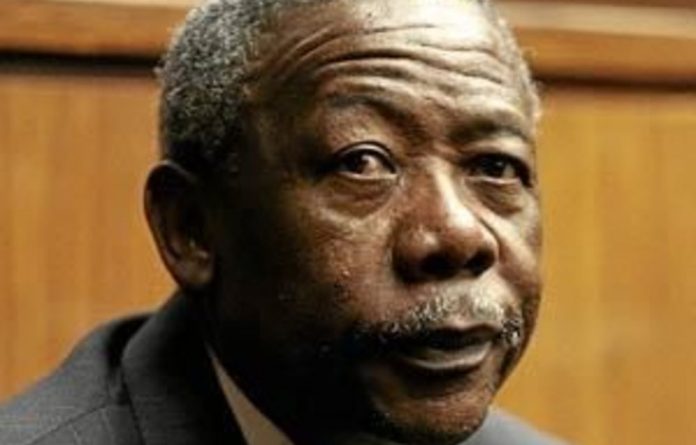 Paul O’Sullivan, the man seen as the driving force behind the charges that brought down disgraced former police chief Jackie Selebi, on Saturday maintained Selebi will serve jail time for corruption — and not receive medical parole.

Selebi collapsed at his Waterkloof North, Pretoria, home after the Supreme Court of Appeal dismissed his attempt to have his corruption conviction set aside on Friday.

He was admitted to a Pretoria hospital, where he is reported to be in a stable condition.

The former police national commissioner was sentenced to 15 years in jail for corruption in the South Gauteng High Court in 2010 after he was found guilty of receiving bribes from convicted drug trafficker Glenn Aggliotti during his time in office.

“I believe if he gets off ‘Shaik style’ then we may as well shut down all the prisons in South Africa because then everyone is entitled to shy away from jail time. But, he won’t get off that way because I continue to have a great belief in our criminal justice system — if I didn’t I would have packed up shop years ago,” O’Sullivan told Mail & Guardian on Saturday.

O’Sullivan was referring to Schabir Shaik, President Jacob Zuma’s former financial advisor — who, after being convicted of corruption in 2005, only served two years of his 15-year jail sentence when he was released on medical parole in 2009.

“Everyone knows he [Selebi] is lying about being ill, it’s time to face the music and take his punishment like a man. What he did to this country deserves severe punishment. I think the judge was benevolent, he got off lightly and should have got life,” O’Sullivan added.

O’Sullivan is the former head of security at Airports Company South Africa (Acsa) and investigated Selebi for more than a decade following his dismissal in 2001.

The Irish expatriate insists the former top cop orchestrated his removal from Acsa after he uncovered widespread corruption and criminal activity emanating from South Africa’s ports which he linked to Selebi and his associates.

“What was I supposed to do? If I turned a blind eye to the thing I’d be damned for not serving my country; and if I stood up and fought it I’d have dirty cops and gangsters against me so I’d also be damned,” he said.

Aside from his corruption conviction, Selebi faces a multimillion-rand civil suit as O’Sullivan is suing him, the ministry of police, Acsa and the company’s former CEO Monhla Hlahla for R40-million for damages relating to his 2001 dismissal.

O’Sullivan, who says he depleted his life savings in pursuing Selebi, also vowed to carry on investigating other corrupt practices amounting to “hundreds of millions” of rand, linked to the corrupt cop’s tenure as SAPS chief.

“I am not going to give in, the day I do all decent South Africans can pack their bags and leave the country because it’ll be finished. This is the best country in the world and it will remain that way because of people like me who are willing to step forward and do what needs to be done,” he said.

Now that we are in the second week of lockdown, South Africans seem to be taking their unwritten civic duty of snitching very seriously
Read more
National

The NPA has denied that it played any role in delaying the prosecution of apartheid-era crimes, but concedes politicians interfered in its decisions
Read more
National