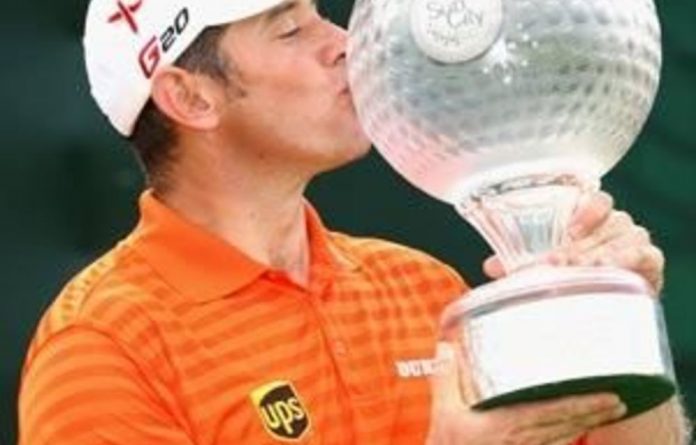 Lee Westwood closed out his second win at the Nedbank Golf Challenge with a 73 on Sunday for an overall tournament score of -15 at Sun City.

Westwood entered the final day with a massive seven-shot lead after a magnificent 62 on Saturday, which allowed him to drop a shot in a fairly bland +1 on Sunday after birdies on the 6th and 9th, followed up by bogeys on the 12th, 17th and 18th holes.

“Incredible! This is a special win and my mum and dad are here to see me do it — I love playing at Sun City,” Westwood said as he lifted the trophy.

Westwood’s effort was enough to glide to victory ahead of Swede Robert Karlsson who finished in second place on -13 after a 4th round 68, while 2010 US Open champion Graeme McDowell tied for third with Jason Dufner of the United States on eleven under.

“I may have been seven shots ahead going into the final round but no lead is ever big enough. It was a difficult situation choosing between a conservative and an aggressive approach. Robert, Graeme and Jason came after me and made some early birdies — but I never lost confidence in my ability to win this tournament”, Westwood added.

Back-to-back victory
The Brit’s win also marks the first time a player has landed back-to-back titles at the Gary Player Country Club since Jim Furyk won in 2004 and 2005 — a feat emulated over the years by David Frost, Ernie Els, Nick Price and the late Seve Ballesteros.

Charl Schwartzel closed his tournament effort out with an even par 72 to finish with an overall score of -6 for sixth place, one shot behind debutant Kim Kyung-Tae on -8 as the South Korean ended with a final round 70.

The lone South African in the field may well be disappointed with his attempt after leading the field in round one on four under.

World number one Luke Donald of England will also be ruing a rather mundane showing in Sun City as he couldn’t put together a single exciting round, firing an even par 72 in his final round for a tournament score of -5.