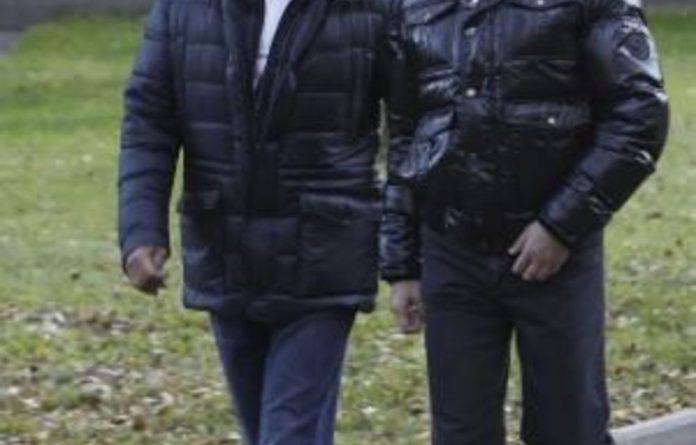 After more than a decade of unwavering popularity, Vladimir Putin’s United Russia party on Monday appeared increasingly likely to lose its majority in Parliament, as voters used a national election to register concern at authoritarianism and corruption.

Early exit polls showed the party would lose its majority in the Duma, or lower house, and fail to win an absolute majority of votes as in the past. VTsIOM gave it 48.5% and the Public Opinion Foundation gave it 46% when polls closed in Russia’s western most region of Kaliningrad. These numbers are liable to change, not least because they were accompanied by widespread reports of polling irregularities. Voters took to social media to report apparent violations, at times marvelling at their creativity.

A YouTube user in east Moscow illustrated how the pens at booths in school #1114 were filled with invisible ink. In the Siberian city of Novokuznetsk, a user showed how ballot boxes had arrived at a polling site — one-third filled with votes. A Moscow user filmed an election official at polling station #2501 filling out ballots as he sat at his desk. Several users filmed buses, nicknamed carousels, which appeared to be carrying the same people to various stations so they could vote over and over again.

“Today we have witnessed the dirtiest, foulest elections of the last 20 years,” one opposition leader, said Boris Nemtsov, a former deputy premier. “We can’t even call them elections — it’s the theft of votes from the Russian people.”

Liberal media outlets faced hacker attacks. The website of radio station Ekho Moskvy, web portal Slon and weekly journal Bolshoi Gorod were inaccessible on Sunday. The website of Golos, the only independent election monitor, was brought down by a DDoS (distributed denial of service) attack after days of government pressure — it complained its volunteer monitors were not admitted into polling stations around the country.

Some 51 500 interior ministry police and troops in camouflage manned the streets of central Moscow and riot police prevented access to Red Square. More than 100 people were arrested at an unsanctioned protest in Triumfalnaya Square, dragged away by police in riot gear into waiting lorries. Another 50 were held in St Petersburg. More protests are planned for Monday.

The show of force came even though United Russia was set to continue to tower over the government-approved opposition, albeit on a reduced scale. Early exit polls gave the Communist party 19% to 21%. The Just Russia party, seeking to present itself as independent following years of collusion with the Kremlin, came in third with 12.8% to 14.1% and the far-right LDPR had 11.4% to 13.2%.

The early exit polls also showed that the liberal-leaning Yabloko’s votes could fail to break the 7% barrier to win seats while the government had refused to register a new liberal group, Parnas.

The election is seen as the most serious test for Putin, currently prime minister, since he announced his intention to run for the presidency once more in March 2012. He is widely expected to win, having repressed or co-opted all opposition during his tenure as Russia’s most powerful politician.

Brave face
Yet the announcement of his intention to return to the Kremlin, at a United Russia congress in late September, appeared to touch a nerve inside Russia allowing growing private discontent to spill over into the public. United Russia had won more than 64% of the vote when the most recent parliamentary elections took place in 2007.

“I hope something will change,” said Nina (60) as she voted in central Moscow. She gave her vote to the Communists and said furthermore she would not being voting for Putin in March. “I used to think politics was far from my life,” said student Marina (23), explaining why she had decided to vote for the first time. “Now, I can see what’s happening around me.” She, like several voters at polling station #701 at a school in north Moscow, said her aim was to use her ballot in such a way it could not be manipulated by United Russia.

Government employees attempted to attract voters by decorating polling stations with balloons and offering cheap food. Early figures released by the central elections commission showed turnout at just over 50%. Ramzan Kadyrov, the brutal leader of the federal republic of Chechnya, said that turnout was 94% this time around — in the past it has been 100% — while he himself had promised “more than 100%” this time.

The poor showing could put into question the position of Dmitry Medvedev, who is expected to exchange roles with Putin after the March election. He has linked his acceptance of the role of prime minister to a good result in the parliamentary vote and many observers noted that Putin failed to mention the exchange in several electoral speeches.

The country needs an institute that will be a conduit for AI knowledge to industry, society and government
Read more
National