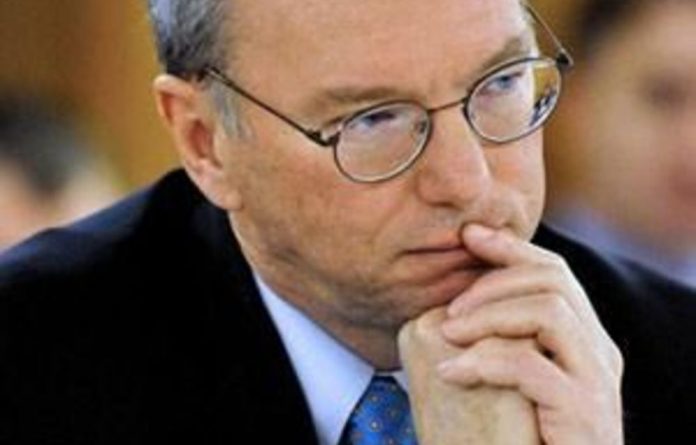 Google’s chairperson Eric Schmidt is to meet Europe’s competition commissioner this week amid signs that the search giant will be accused of abusing its dominant position in the market.

If found guilty, Google could face fines of 10% of its annual turnover in the region or oversight of how it runs its online search and advertising businesses in Europe.

The European Commission (EC) is understood to have a 400-page “statement of objections” that it may pass to Google within the next eight weeks outlining its findings against the company. The Financial Times reports that “Google is being blamed for multiple and multifaceted abuses”.

Schmidt is due to meet Joaquín Almunia, the commission’s antitrust chief, to follow up discussions they had in January when the commission began contacting companies about their experience of Google’s handling of competition in search and advertising.

In Europe, companies which dominate a market have to tread carefully so that they do not lock out other potential rivals — unlike the US where having and defending a monopoly is legal but using it to monopolise new sectors is not. The EC can impose serious strictures or fine companies for non-compliance.

They allege Google unfairly pushes its own services such as maps and shopping to the top of search results, locks out rival advertising services and uses news organisations’ content unfairly.

Google says its services let people find what they want quickly and that users are free to switch to other services.

‘Significant’
The International Herald Tribune says that at the January meeting, Almunia told Schmidt that he would give the company a chance to offer a solution to the antitrust case without incurring a penalty.

Google is also trying to get commission approval for its $12.5billion bid for the mobile phone company Motorola Mobility, in a deal approved by the companies’ boards in August.

Microsoft and Intel have both fallen foul of the EC over antitrust abuses in the past and had to pay fines of more than $1.3-billion in settlement. Intel is appealing the decision. Microsoft tried to resist the finding without success.

“You don’t fly across the Atlantic and meet with Europe’s most powerful antitrust official without having something significant to discuss about your case,” said Tom McQuail, a partner in the Brussels office of the independent law firm Morrison & Foerster and a specialist in antitrust law, told the International Herald Tribune.

Antitrust fears
The Motorola Mobility deal would give Google access to a number of patents in the mobile phone space that would be crucial for defending licensees of its Android mobile operating system against attacks from Microsoft, Nokia and Apple. But it could raise antitrust fears because it would increase its power in mobile search and advertising.

The US Federal Trade Commission has also begun an antitrust investigation into Google’s practices.

Observers thought that the case might be resolved without legal battles.

Almunia “has had no big confrontations with companies since taking office and he’s shown a willingness to settle all of the abuse of dominance cases that have come his way,” Nicolas Petit, a law professor at the University of Liége in Belgium, told the International Herald Tribune.

By wringing some concessions from Google, Almunia “still could come out looking like a winner”, he said. —

Mayer's resignation comes days after TikTok filed a lawsuit challenging a crackdown by the US government over claims the wildly popular social media app can be used to spy on Americans.
Read more
Opinion

Large corporates whose business has thrived because of inequalities, could be hijacking the anti-racist movement by offering money and not tangible changes
Read more
Opinion

Due to covid-19, there are aeroplanes jetting about with few, if no passengers in them, which means those planes are releasing unnecessary greenhouse gases that will trap heat and warm this planet for decades to come
Read more
Analysis

The country needs an institute that will be a conduit for AI knowledge to industry, society and government
Read more
Special Reports