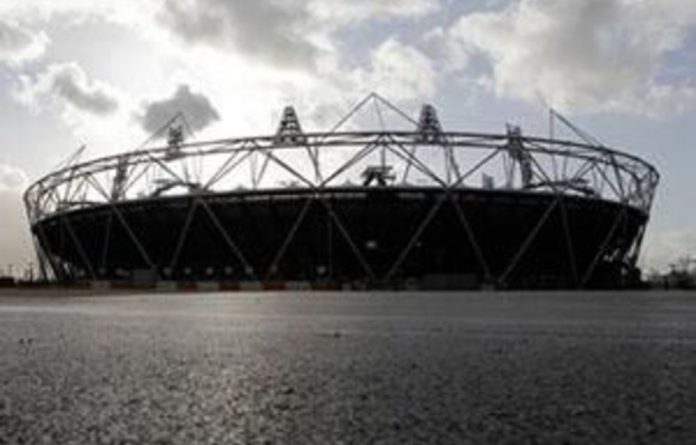 Britain’s spending watchdog warned London Olympic organisers on Tuesday that they ran a risk of exceeding their £9.3-billion budget for hosting the event and have little room for unforeseen costs.

The National Audit Office report concluded that while the venues are on time and largely complete, “not everything is rosy”. The report came as British Olympic officials announced that they had doubled the funding for security operations at venues, raising overall security costs for the 2012 Games to more than £1-billion.

“The government is confident that there is money available to meet known risks but, in my view, the likelihood that the games can still be funded within the existing £9.3-billion public sector funding package is so finely balanced that there is a real risk more money will be needed,” said Amyas Morse, the head of the National Audit Office.

If that’s the case, Olympic officials would be heading back, hat in hand, to the British public who are already embroiled in tough economic times. The Organisation for Economic Cooperation and Development expects the UK economy to contract in this quarter and in the first three months of 2012 and grow only 0.5% next year.

On track
Just hours before the report, Olympics minister Hugh Robertson told reporters at a news conference that the London Games remained financially on track — and within budget contingency planning — despite the increased security costs. But the new security costs will certainly become a sensitive political issue.

“We’re confident we can do this and remain on budget,” Robertson said.

But the auditors noted that only £500-million remains unallocated for dealing with future costs — a fact that will alarm ministers already trying to stem public anger over cuts in pensions, social services and national programs. Security and transport costs figured among the question marks in the future.

The increase comes after security reviews suggested the initial estimate of 10 000 security guards for the games would not be enough. Thousands of soldiers are now part of the planning, though officials have declined to reveal the exact number.

Robertson made it clear that security was not a negotiable item and that the British government was obligated to make sure it took every precaution to make the July 27 to August 12 event safe.

The government said an additional £271-million has been allocated to making venues and other sensitive sites, such as hotels, more secure. That means the total cost of securing the venues has climbed to over £553-million.

Complex arrangements
But the rise announced on Monday only deals with security guards and other measures needed to protect the venues and related sites. That money is in addition to the cost of paying police and others services to provide overall security for the games. Although Britain’s Home Office initially budgeted £600-million for that, the number has been trimmed to £475-million.

Authorities say they could only come up with a figure after complex arrangements to actually stage the games were in place. Robertson said an evolving security picture also played a role, suggesting that planners could not have known about the Arab Spring, for example, when first making their plans. He insisted that the British riots last summer, however, did not play a role in the funding increase.

But Tony Travers, a government expert at the London School of Economics, said the riots will serve to spook politicians about planning for “the unknown “.

“Security and transport are clearly by a long way the remaining unknown elements in the Olympics being delivered,” Travers said. “Security for cost reasons and transport for uncertainty of effectiveness reasons.”

The biggest security worry for the Olympics is terrorism. Security has been an intricate part of the games since a terror attack at the 1972 Olympics in Munich killed 11 Israeli athletes and coaches. London has not been immune from terror attacks — four suicide bombers targeted the city’s transit network in 2005, killing 52 commuters.

Terror threat ‘severe’
The British government is planning for the national terror threat to be “severe” during the Olympics, meaning an attempted attack is highly likely. About 12 000 police officers will also be on duty on the busiest days of the games.

Another increase likely to spark discussion was an additional £41-million devoted to the Olympic ceremonies. Robertson defended the increase, saying that a proper spectacle was needed to make sure Britain and its tourism industry benefit. Billions of people around the globe are expected to watch the televised opening ceremonies.

“We’re just never going to get another moment like this,” Robertson said.

Auditors also expressed concern about the failure to finalise transport plans around the venues, pushed back from November to March.

“The experience of spectators, visitors and Londoners in general would be diminished and the reputation of the games put at risk if these issues were not sorted out,” Morse said of the transport and security issues. — Sapa-AP

Kalmer gears up for Olympic marathon