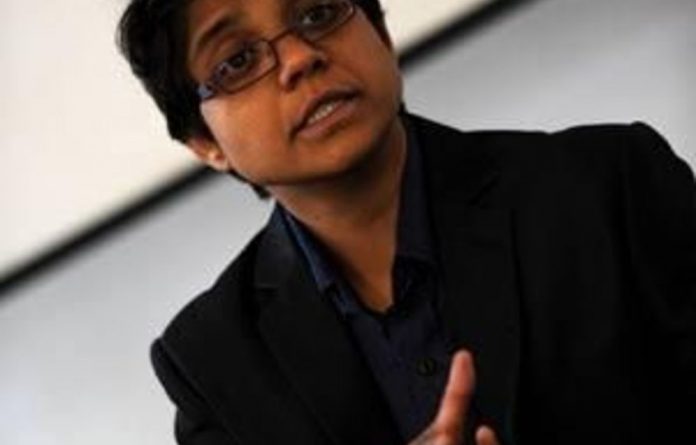 A report by Human Rights Watch (HRW), detailing on-going discrimination against black lesbians and transgender men in South Africa’s disadvantaged communities, has led activists to question the efficacy of a government task team.

‘We’ll show you you’re a woman’

Human Rights Watch released a report on the violence that underprivileged, black lesbians and trans men face on a day to day basis. In May, the justice department established a task team to address these issues, but just how effective can and will this team be?

The 93-page HRW report, We’ll show you you’re a woman, was released on Monday at the Women’s Jail in Johannesburg. The report highlighted the failure of the legal system to bring perpetrators of homophobic violence to book.

It also called on government and the justice department to “address barriers to prosecuting cases of sexual and physical violence” and to “ensure that such cases are resolved in a timely manner”.

Corlia Kok, chairperson of the government task team, welcomed the report, saying it had come at the right time.

Kok said the task team, set up by the department of justice and constitutional development to investigate homophobic related crimes and “corrective rape” in May, was in the process of finalising its future activities.

“We regard [HRW’s report] as very important research,” she said at the release.

Kok added that the task team would deliver its activity and budget plan to the department of justice in February 2012.

However, civil rights groups are worried the process may be too rushed.

“Civil society has expressly said that it is critical to have national-level consultation with various groups working in rural areas to accurately represent the issues affecting the community,” said HRW researcher, Dipika Nath, who is also a member of the task team.

Nath warned that gay activists working in rural areas had “severely restricted access” to the consultation process, and said they had “no way to provide input, except through the work of larger, established NGOs”.

The director of Free Gender, Funeka Soldaat, told the Mail & Guardian that she was concerned about delays in securing funding for the task team.

Soldaat said she had already started awareness training for police in Khayelistsha. “We can’t wait for the task team. We have to start doing work on the ground,” she said.

“Many of us have lost all hope in the justice system. We have to do the work ourselves,” she added. Khayelitsha is a Western Cape “hot spot” and has seen a spate of attacks targeted at lesbians and gay men.

Kok and Nath said that funding for the task team has already been sourced from various government departments and the Human Rights Foundation. “The justice department has informed [the team] that they have funds to continue until March 2012. What happens after that is unclear,” said Nath.

Jayne Arnot, director of Triangle Project, urged civil society to be more proactive and not to wait for government to lead the consultation process.

“The sector needs to get more organised in consulting with LGBTI [gay/lesbian/bisexual/transsexual/intersex] communities on the progress of the task team. We also need to take their issues back to the team,” she said.

But Nath sounded a note of caution. Until government made a long-term commitment to the task team’s work, in collaboration with civil society, the process would be nothing more than an “exercise in lip-service”, she said.

Remembering the cruelty of strongman Nkurunziza and his regime

Burundi’s president was a cruel and tyrannical leader under whom no one was safe, not even schoolchildren
Read more
Africa

A survivor tells of how Islamists carrying AK-47s arrived on motorbikes, forced fleeing children to lie on the ground and beat teachers before setting a building on fire
Read more
Coronavirus