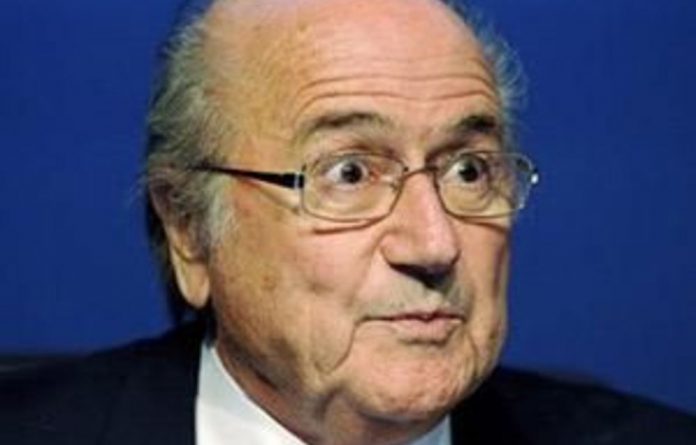 A key promise in Sepp Blatter’s anti-corruption drive was threatened on Tuesday when Fifa postponed publication of a Swiss court document naming football officials who took millions of dollars in kickbacks from World Cup broadcast deals.

Fifa said “legal measures taken” by a party involved in the 10-year-old ISL scandal prevented it from releasing the court papers on December 17.

“These measures request another thorough legal analysis which will postpone the envisaged publication of the ISL file,” Fifa said in a statement.

Fifa did not identify which third party had stalled the process.

‘Hurdles’
On Monday, Havelange’s resignation as an IOC member was confirmed days before the Olympic body was likely to suspend the 95-year-old Brazilian, who led Fifa for 24 years until Blatter succeeded him in 1998.

The IOC’s leadership was expected to act on an ethics commission inquiry into alleged payments made by the ISL marketing agency before its 2001 collapse with debts of $300-million.

Dealing with the ISL case became a signature test of Blatter’s promised willingness to reform Fifa and world football after a slew of scandals involving bribery, vote-rigging and ticket scams.

Blatter promised in October to publish the document after his executive committee, including Teixeira, meets December 16 to 17 in Tokyo.

“It was my strong will to make the ISL file fully transparent at this meeting,” Blatter said in a statement. “I have now been advised that as a result of the objection of a third party to such transparency it will take more time to overcome the respective legal hurdles.

Scepticism
“This does not change my stance at all. I remain fully committed to publishing the files as soon as possible.”

Blatter’s promise of publication was initially met with scepticism by veteran Fifa watchers. However, Blatter and Fifa officials insisted in recent weeks that the 41-page German-language document from the Zug court would be translated into English, French and Spanish and then published.

Blatter also pledged to hand the document over to an undisclosed outside organisation, which would advise Fifa’s executive committee on taking disciplinary action against those implicated.

The Swiss official has said he was cleared of any wrongdoing in all aspects of the ISL case. Still, the court document could give details of his awareness of kickbacks being paid at a time when commercial bribery was not a crime in Switzerland.

Breakdown
Tuesday’s announcement is a second setback within days for the credibility of Blatter’s mission to clean up Fifa’s image and improve its governance.

Global anti-corruption watchdog Transparency International walked away from its consultancy role with Fifa after citing a breakdown in their working relationship.

The not-for-profit body said it could not accept that Fifa paid members of expert panels it appointed to advise on reforms.

TI also insisted that reform task forces be allowed to re-examine past allegations, including claims of unethical behaviour during the 2018 and 2022 World Cup hosting votes. Fifa refused. — Sapa-AP