Villas-Boas hits back at Chelsea critics 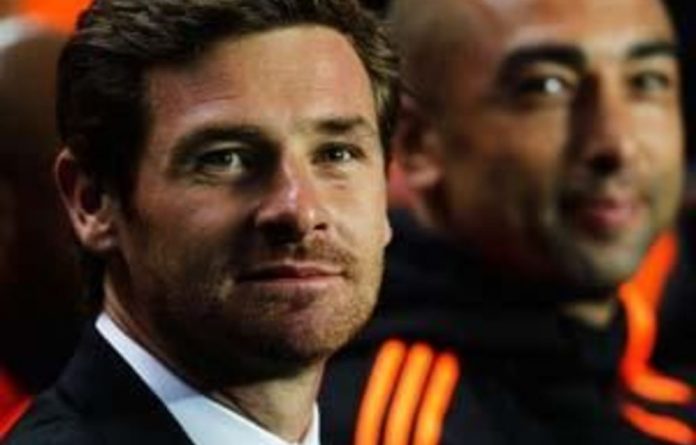 Andre Villas-Boas slammed the snipers who have criticised his Chelsea reign after the Blues swept into the Champions League last 16 with a 3-0 victory over Valencia.

Villas-Boas would have become the first Chelsea manager to see his side knocked out in the group stages of Europe’s elite club competition if Valencia had won or secured a score-draw at Stamford Bridge on Tuesday.

That might have put Villas-Boas’s future in severe doubt but his players got him out of trouble as two goals from Didier Drogba and a Ramires strike — combined with Bayer Leverkusen’s draw at Genk — allowed Chelsea to finish top of Group E.

After several weeks under the spotlight as Chelsea spluttered in the Premier League and Europe, Villas-Boas has clearly been harbouring a few grudges and he took the opportunity to hit back at his critics in an tetchy post-match press conference.

“The players deserve respect they don’t get. We have been continually chased by everybody and maybe today we gave everybody a slap in the face,” Villas-Boas said.

“It [the criticism] has been over the top. At the moment Manchester City is the only team in the country. The approach in the media is if Manchester City qualify from their group then great and if not that’s ok. We don’t get that approach [from the media].

Losing respect
“Some of the criticism is out of this world. There was an ex-Manchester United defender who said he could not play for this Chelsea team. It is unbelievable to me. It is a continuous persecution of Chelsea.

“It is unfortunate for you guys [in the media] because you will have to report on a brilliant win for Chelsea.”

One of the main criticisms of Villas-Boas has come from suggestions he has lost the respect of his players with an aloof attitude and some puzzling tactics and substitutions.

If the players do remain to be convinced by their young Portuguese coach, there was no sign of the dissent as Drogba tormented a fragile Valencia defence, while Chelsea’s tireless work-rate ran the Spaniards into the ground.

“Finishing top is fantastic, it is against all odds. Nobody would have put a bet on us finishing top,” Villas-Boas said.

“It is a win of human values, team spirit, solidarity, strength of character and ability to take criticism.”

Game plan
Villas-Boas did concede that he decided to change Chelsea’s game plan to allow the defence to sit deeper after watching his relatively slow back-four exposed by pace several times recently.

“We kept our defenders a bit lower down the pitch with not a lot of space between the lines and it worked quite well,” Villas-Boas said.

“There are human values you cannot put away and they showed themselves. It is a different strategy but the same philosophy.”

While Chelsea’s defenders enjoyed a rare 90 minutes when little went wrong, it was Ivory Coast forward Drogba who led the charge into the knock-out stages.

He opened the scoring in the third minute with a fine left-footed finish and, after Ramires punished a mistake by Victor Ruiz to add the second, it was Drogba who sealed the win with a clinical strike in the 77th minute.

Left out
Drogba’s form could mean a prolonged spell on the side-lines for Fernando Torres and Villas-Boas said: “Didier is on a good run, as long as he continues to perform for the team it is perfect.

“He competes with top strikers but Fernando has already had a run in the team and so has [Nicolas] Anelka.”

While Torres could be frozen out, Villas-Boas offered more hope to Frank Lampard, who was surprisingly left on the bench.

“There were important players left out, it is not just Frank. We chose the three midfielders because of their ability to keep possession,” Villas-Boas said.

“For sure he will come back in the future. He has been fantastic in the way he has taken this tough decision.” — AFP