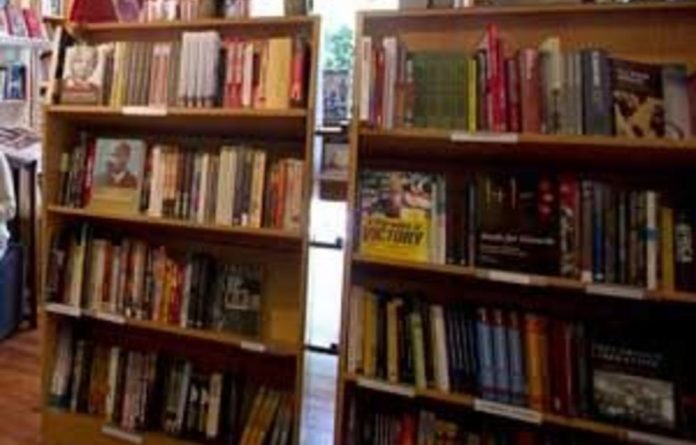 It has been a sad and bad year for the book world in Johannesburg.

First, there was the death of bibliophile Wolf Weinek, proprietor of L’Elephant Terrible bookshop; before that, he founded the Market Theatre flea market in the 1980s and was a long-time antiquarian book presence in Melville.

Weinek’s death was followed by that of Robin Fryde, who owned and ran that book treasure-trove, Thorold’s, since 1962. Now, it seems that Boekehuis in Auckland Park is about to shut down.

The world of ideas and books, discussion and debate that Corina van der Spoel has inspired for 12 years is coming to an end. Boekehuis’s owners, Media24 Books — an offspring of the hugely prosperous behemoth Naspers — said: “Over the last 12 years, since its inception, the bookshop has continued to make ever-increasing losses.”

Such was the verve of Van der Spoel’s programme of book events and the spirit of the books she stocked that most patrons believed Boekehuis to be an independent enterprise.

Informed of the corporate ownership, they would express surprise — shock, even — scarcely believing that the media-industrial complex that is Naspers and Media24 could have allowed the spawning of so free an entity. So it was that Boekehuis earned kudos not only for Van der Spoel, but for its owners too. Those who reflexively believed that Media Park — the Johannesburg headquarters of Media24 and Naspers, right next door to Boekehuis — was a bunker for unreconstructed reactionaries, were forced to pause, a little.

A national treasure
The little house with its zinc roof and wooden floor that is Boekehuis was chosen by the Independent Booksellers Federation in Brussels as one of 50 unique bookshops in the world. It is, in many ways, a national treasure dispensing a national service. In that light it is difficult to understand the purely pecuniary reasons its owners are advancing for shutting it down.

Zorba, in Nikos Kazantzakis’s Zorba the Greek, says something along the lines of “Clever people and grocers — they weigh everything”. But, it has to be said, the clever bean-counters and other stocktakers involved in the Boekehuis decision might know the cost of the bookshop, but certainly not its value.

It was perhaps in this spirit that Frank Meintjies, Andries Oliphant and Colin Smuts suggested in an open letter that Naspers regard Boekehuis as a corporate social responsibility project. That is an intriguing proposal, given the importance of corporate social investment in South African company profiles.

At the time of going to print there was no clarity on when Boekehuis would close its doors. Wessels emailed that: “We are currently in negotiations with the employees of Boekehuis and are therefore unable to give more detailed replies to the questions posed by some of the journalists that have contacted us. The negotiations have not been concluded and decisions have not been finalised.”

Let us hope that there is some possibility of the wicked day being postponed or avoided. If not, then Johannesburg and South Africa will lose a place of robust debate, where expression of opinion was encouraged and valued. In this era of so-called protection of information, that is a double tragedy.

Disclosure: Boekehuis and the Mail & Guardian are partners in the annual M&G Literary Festival, of which Darryl Accone and Corina van der Spoel are co-directors