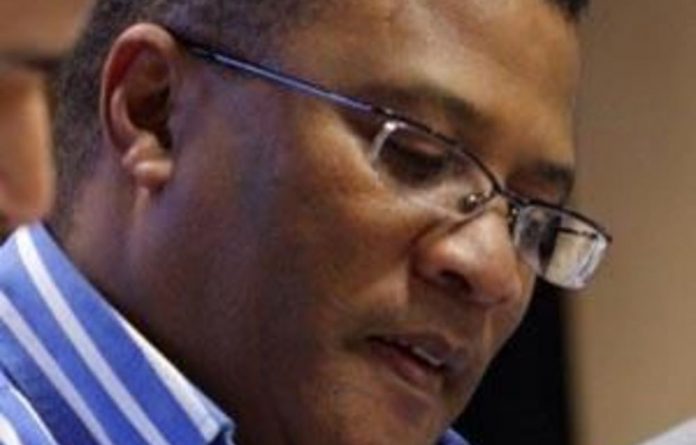 Gerald Majola should buck up and admit he did wrong or give up his seat at Cricket South Africa (CSA) for a life in politics.

The under-fire chief executive took to the stand this week in the inquiry into financial and administrative affairs at CSA following the Indian Premier League bonus scandal.

With style and aplomb, he took to the crease and delivered an exhibition of sworn innocence, peppered with tears.

A straight-faced Majola claimed it was everyone’s fault except his own, claimed to be the target of a political agenda, and flatly refused to admit he was at all to blame for the financial quagmire in which the sports body finds itself.

It’s all very hard to believe, for Majola was at the helm of the organisation when it saw fit to award millions of rand in unscheduled bonuses — of which he was to pocket R8.1-million — to its board members.

According to the former chemical analyst, former CSA chief operating officer Don McIntosh was responsible for dishing out the unearned loot — never mind the fact Macintosh had to report to the board and Majola.

Majola also saw fit to lay blame at the feet of former cricket boss Dr Ali Bacher for “setting a bad example” when he allegedly pocketed a multimillion-rand bonus at the end of the 2003 world cup in South Africa — claims Bacher disputes.

The most staggering of his claims has to be that he — as the head of an organisation dealing in hundreds of millions of rand — lacks an understanding of the Companies Act.

“I would have done things differently if I was familiar with the [Companies] Act. What happened is undesirable and we should take responsibility for what has happened,” Majola said during testimony.

Take special care to note the “we” and not “I” in that statement.

It is difficult as a cricket fan to watch Majola blaming everyone like a petulant child caught out by his parents.

Can’t he step up, be truthful and perhaps acknowledge he is at least partly at fault for this mess?

Honesty is a rare commodity these days and you could argue Majola is merely taking his lead from our politicians.

Every single time a politician is faced with a scandal in South Africa the same process is followed: Deny, deny again, claim a conspiracy and, if and when all other options are exhausted, apologise.

Even Sports Minister Fikile Mbalula — the man who initiated the inquiry — knows how it goes, as he so elegantly showed when his sex scandal broke in October.

If Judge Chris Nicholson and the rest of the committee sitting on the inquiry buy Majola’s claims that he is more sinned against than sinning, they are the wrong people for the job.

Majola should save CSA and fans of the game some time and resign, so that cricket in South Africa can turn its attention from the boardroom to the field, where it belongs.

The longer Majola delays, the faster sponsors and fans alike lose faith in an organisation beset by in-fighting and self-service by its administrators.

Now that we are in the second week of lockdown, South Africans seem to be taking their unwritten civic duty of snitching very seriously
Read more
Advertising
Continue to the category
National