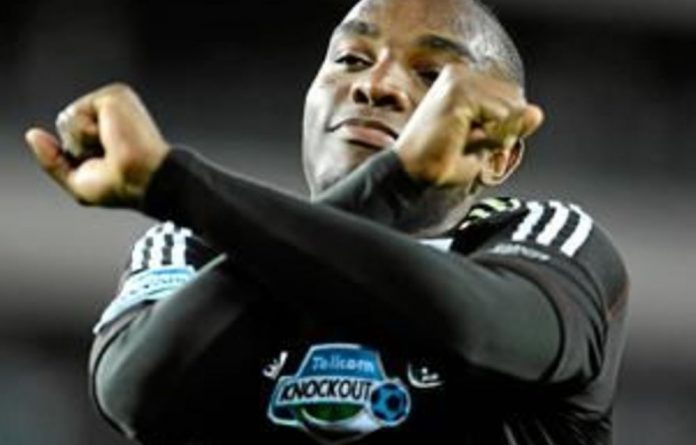 That weird rumbling noise you hear is emanating from the belly of a large, hungry Ghost. And Julio Leal must feed the spook in question tomorrow night.

Two long months have elapsed since Orlando Pirates supporters last savoured some silverware. They are demanding yet another course in the rolling banquet of glory that began with last season’s treble under former coach Ruud Krol.

Standing between Bucs and a maiden Telkom Knockout title are Bidvest Wits — the very same rabble of uncouth laaities who crushed Pirates 3-1 three weeks ago in the league.

Another bollocking from the Clever Boys in Durban would all but kill off Leal’s hopes of emulating the Krol treble at his first attempt. But if the Brazilian is on edge, he’s not about to let us know. Unlike his brusque predecessor, Leal sees coaching as an unashamedly political art: he knows that his public approval ratings are not necessarily pegged to his team’s log position.

Hence he oozes schmooze in all his dealings with the media, and takes pride in his polished, flowery English, even though his lurching accent makes him sound like a recording of himself played backwards. “I never bend my knee or give up — I’m Brazilian,” he said recently, deploying his flair for the soundbyte.

Leal’s ratings have dipped of late, despite his charm offensive. The league results have been patchy, and he has squabbled on the touchline with tetchy assistant coach Tebogo Moloi. Many fans have been grumbling about the absence of the mythical Brazilian pizzazz that he was supposedly hired to infuse into Krol’s winning formula.

But Leal has a large trump card called Benni McCarthy. The resurgent striker was a dangerous opstoker for Bucs in their impressive 3-0 revolution against log leaders SuperSport United last weekend. McCarthy’s fitness and mobility is gradually improving, and his football intelligence is as incisive as it ever was.

Applying his inventive touches and world-class aerial strength, he brings structure and fluency to the Pirates formation, giving the attacks time to bear fruit by holding up the ball and feeding the channels.

On Saturday McCarthy could complete his journey into the hearts of the Bucs faithful by lifting the first South African trophy of his career. (He was absent through suspension from the MTN8 victory in September.)

You would think that for a player in possession of a Uefa Champions League winners’ medal (he conquered Europe with Porto in 2004), a Telkom Knockout medal is not a dizzying prospect. But McCarthy’s excitement about starring for the Sea Robbers is palpable: by recapturing the affection and respect of many South African fans he is redeeming the painful, comical anticlimax of his last couple of seasons in England. He is giving his career the dignified conclusion it deserves.

For many years McCarthy was vilified and ridiculed in equal measure in his homeland, for his perceived disloyalty to Bafana and/or his well-padded physique. Some of the brickbats were well earned, but he often got a raw deal from the media and the fans. Injuries played a big role in his weight problems, and Safa’s shoddy treatment of players provoked some of his refusals to serve the nation when called.

Fortunately McCarthy is a thick-skinned outie and had the chutzpah to come home and confront all the haters. As a result, many are realising or remembering what a remarkable footballer he is – and accepting that he was a patriotic (if impetuous) South African all along.

McCarthy may be chaperoned tomorrow night by another much-maligned, impetuous patriot, name of Mbulelo Mabizela. The stage will be perfectly set for the former Bucs and Bafana skipper to remind us all what he might have achieved were it not for his long-standing affection for bottled oblivion.

McCarthy versus “OJ” promises to be a tasty tussle between two wily operators, both of whose minds are considerably quicker than their legs.

But pace will be a decisive variable elsewhere on the pitch. Bucs wingers Tlou Segolela and Daine Klate will scourge the Students’ flanks like a pair of sjamboks, and will enjoy the prospect of cutting inside to target Mabizela or his possible central defensive partner, fellow madala Derick Spencer.

Despite the gulf in budgets Wits coach Roger de Sa has comparable forward talent at his disposal: the likes of Ryan Chapman, Sifiso Myeni, Asive Langwe and Bhongolwethu Jayiya could easily repeat the damage they inflicted on Bucs in Nelspruit.

Leal will pray that his keeper, Moeneeb Josephs, sustains his magnificent shot-stopping form for another weekend.

Unlike Leal the long-serving De Sa has no fear of the axe. His Nedbank Cup victory of 2009, along with progress to this final, has cemented his position, and instilled an insouciant confidence in this charismatic young squad.

Neutrals will applaud another cup triumph for the Clever Boys, a progressive small club who are doing their bit to broaden South Africa’s talent pool. But Leal shouldn’t try telling that to the Ghost if he fails.

For the first time in recent memory, the PSL’s forwards are giving us a scoring race to be excited about
Read more
National

From Uyinene Mrwetyana, Oliver Mtukudzi to Xolani Gwala, Mail & Guardian remembers those who have passed on
Read more
Advertising
Continue to the category
Coronavirus