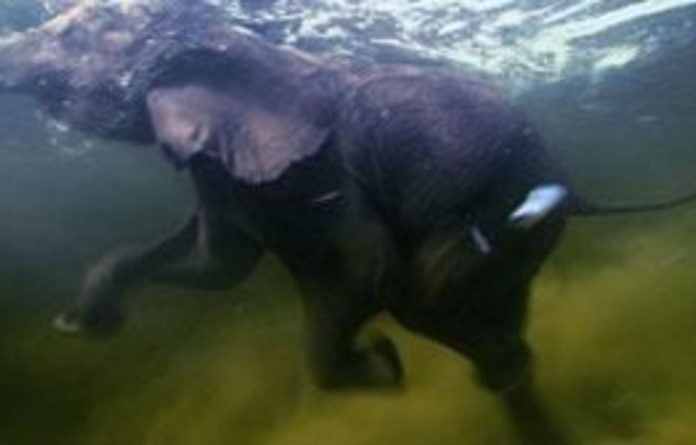 This is a wilderness in which a million vulnerable people farm on marginal land, exposed to the climactic variability that is a hallmark of climate change. It is also elephant territory.

An estimated 140?000 elephants, more than a third of Africa’s remaining population, call this area home. Now this vast area is part of a grand plan of conservation and social upliftment that will help countries in Southern Africa to deal with the effects of climate change through a single management plan based on natural systems.

Assisted by the South African Peace Parks Foundation, the five African countries — Angola, Botswana, Namibia, Zambia and Zimbabwe — agreed in August 2011 to create the Kavango Zambezi Transfrontier Conservation Area. This not only allows the animals and people of the area to roam freely across borders, but also creates a framework to protect and share precious water resources. The Kaza, as it is called, is 29-million hectares, an area about the size of Italy.

The foundation is a facilitator for dialogue between all stakeholders in the region. “We help governments in each of those countries initiate the process in which you bring together the private sector, communities and the government around one table and say: ‘Well, what do you think is the future of this area?'”

This integrated approach to conservation is vital for semi-arid countries facing the combined challenges of food and water security at a time of changing climate. It is also vital for the protection of wildlife migration routes and both of these elements are essential in creating sustainable livelihoods in the area.

One of the pillars of the Kaza project is the official protection of two rivers: the Zambezi and the Kavango.  Dr Anthony Turton is a South African hydrologist specialising in water-resource management in the Kaza area. “The former colonial powers used rivers as borders, whereas the previous precolonial dispensation used rivers as a means of transport, as a means of connecting people.”

Africa inherited the colonial borders, but the Kaza will result in the precolonial values of rivers restored and will help to secure these two great watersheds from the ravages of climate change, deforestation and overconsumption. Water is the key not only to life, but to prosperity and the Kaza plan and researchers like Turton are helping to shape the future of this precious resource.

Ecosystems matter because, actually, they are the life-support systems for planet Earth.” This area is the part of Southern Africa that will most likely experience the greatest effects of climate change, according to climate modeller Francois Engelbrecht of South Africa’s Centre for Scientific and Industrial Research.

The area is already experiencing climate changes that are making farming more difficult. Matshelu “Max” Thokabotshabelo sits under a jackleberry tree deep in the Okavango, keeping out of the burning noon sunshine. “Before, people here could rely on farming, but now they can’t because the rainfall here is more variable.”

He is a community game guide from the Etsa community in the northwest of the Okavango Delta in Botswana. Here, many young Botswanans are turning to tourism as farming becomes more difficult.

He knows about the Kaza park plan and he wants it to help to protect the sustaining waters that flow from Angola, through Namibia and into the unique system of the Okavango. “It’s very important that we implement the Kaza plan, so that we can try to manage our water resource here, thereby sustaining the Okavango Delta.”

Community conservation systems like the Jakotsha Trust in which Max works are being used to guide the creation of the Kaza. But the Kaza plan is not just about widlife and conservation, it also seeks to include ­communities and rural farmers in the overall land-use plan. The area has low land fertility, poor soil and increasingly variable rainfall.

With climate change making farming a losing proposition, everyone involved hopes that the creation of the Kaza will bring more visitors. The tourism industry is already the biggest employer in the area and it could bring jobs, training and a new future to the nearly one million people who live in and around the boundaries of this vast park.

The success of the tourism industry is dependent upon the conservation of the wild herds that roam this area. By creating financially beneficial alternatives to farming, the Kaza plan creates an appropriate holistic approach to sustainable land use. Victoria Falls is the park’s centrepiece. Here the Zambezi River flows into the Batoka Gorge, along the border between Zimbabwe and Zambia, through Mozambique and into the Indian Ocean.

The falling waters will take months to get there and on their way they will sustain millions of people. As this region warms up and dries out, the very lives of the many people who rely on these two great rivers are in the balance, but Turton believes the Kaza plan will help to secure a better future for the people here.

“One of the important things that Kaza-type thinking will bring about is a reinforcing the human rights of those very marginalised groups by the emergence of a transboundary management of natural resources such as water.” Forward-thinking ideas in transboundary management are being accepted and understood on a regional level in Southern Africa as it starts to face the reality of a changing climate.