Limpopo on the ropes, but Mathale’s position seems safe 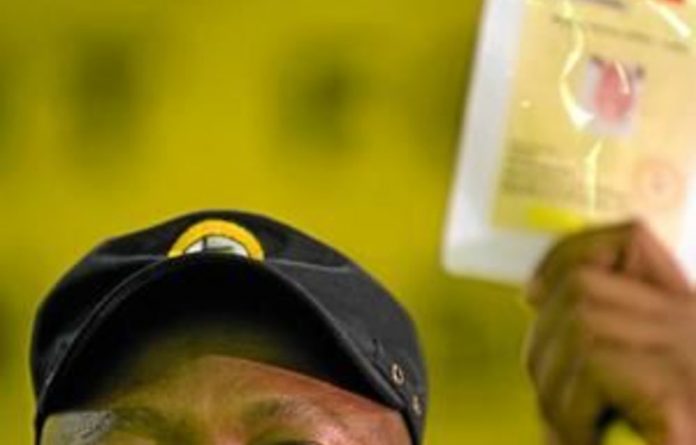 Despite the increasing pressure on him to step down as Limpopo premier, Cassel Mathale looks likely to be re-elected as provincial ANC chairperson. Figures provided to the Mail & Guardian by provincial ANC leaders indicate that Mathale enjoys popular support — he was nominated by 291 branches as opposed to the 180 that supported his opponent, Deputy Minister of Arts and Culture Joe Phaahla.

Nominations for leadership positions for the provincial conference, due to start next Saturday, closed on December 4. According to provincial ANC insiders Mathale enjoys the support of three of the province’s five ANC regions — Sekhukhune, Peter Mokaba and Mopani. Most of Phaahla’s support is from the Vhembe and Waterberg regions.

Surprisingly, the youth league’s former provincial chairperson, Lehlogonolo Masoga, has been dropped as a candidate for deputy provincial secretary. He was replaced by agriculture MEC Dipuo Letsatsi.

Mathale’s re-election is also supported by the provincial youth, women’s and veterans’ leagues, whereas Phaahla is supported by union federation Cosatu and the South African Communist Party.

The M&G understands that youth league president Julius Malema tops the list of nominations for ANC additional members, despite his five-year suspension from the party. Malema is appealing the suspension.

Mathale’s re-election would cause a serious headache for President Jacob Zuma, because Limpopo is unlikely to support his bid to retain his position as ANC president. Mathale, who is a close ally of Malema, is believed to prefer ANC deputy president Kgalema Motlanthe and Sports Minister Fikile Mbalula to take over as president and secretary general, respectively.

The Limpopo ANC conference is likely to set the tone for the party’s crucial conference in Mangaung next year. One senior ANC provincial leader described the Cabinet’s decision to put five provincial departments in Limpopo under administration this week as Zuma’s desperate attempt to block Mathale from being re-elected as ANC chairperson.

“They [Zuma and his supporters] are fully aware that they are losing the race. All along they were misled by Phaahla supporters that they are winning. Now that they know the results, they are resorting to all sorts of desperate measures to block Mathale from being elected.

“Unfortunately, it’s too late for that. Whether they like it or not, Mathale enjoys majority support in the province,” said a provincial ANC leader sympathetic to the premier.