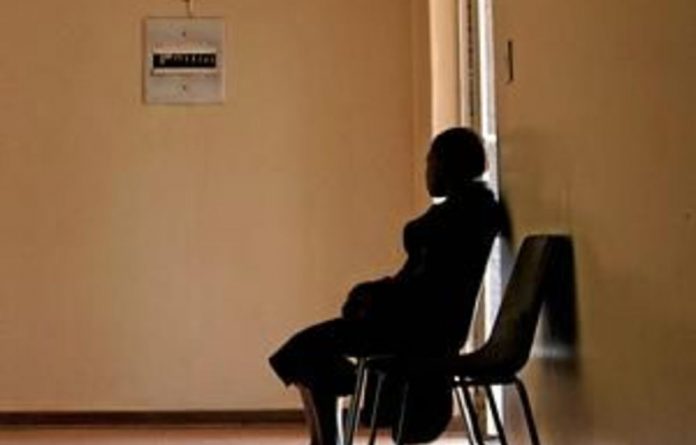 An unregistered Thohoyandou doctor with sexual abuse cases pending against him is still practising in the mental institution he worked in before his arrest in September.

Doctor Justice Mulaudzi (40), who is facing charges for allegedly raping a 21-year-old patient and sexually assaulting a 22-year-old pregnant patient, was granted bail of R30 000 by a Thohoyandou magistrate on October 17.

Mulaudzi, a clinical manager at Hanyani Mental Hospital, allegedly committed the two crimes while standing in for a doctor at a private surgery in Ha-Makhuvha on September 28. A third case has been re-opened against him after a missing docket opened in Malamulele was found. The doctor was also charged with rape in 2006, but was acquitted in 2007 because of insufficient evidence.

The Thohoyandou Victim Empowerment Programme (TVEP) is outraged at the way the prosecutor has handled the case, in particular her failure to impose restrictions preventing the doctor from seeing patients.

“She did not make this request at the bail hearing and, without the prosecutor raising it, the magistrate will not make it a condition of bail,” said Jenna Praschma, an access to justice and trauma-services manager at the programme.

“This is why the role of the prosecutor in such cases is so important. The fact that he [Mulaudzi] is out on bail unrestricted, in spite of these being schedule five offences is shocking.”

National Prosecutions Authority spokesperson Mthunzi Mhaga said the question of Mulaudzi being allowed to practise could not be decided by prosecutors alone but in consultation with the Health Professions Council of South Africa (HPCSA), a regulatory body for the health professions.

Technically, Mulaudzi is not a recognised doctor as he is not registered with the health professions council, according to its records. Bertha Scheepers, a public relations and service delivery senior manager at the council, said a professional was allowed to practise as a health practitioner in the country only if registered with the appropriate body.

Failure to register was a criminal offence. The TVEP had opened a case of professional misconduct with the council regarding the doctor’s status.

Mulaudzi is a prominent local figure. Staffers at Thohoyandou’s Christian Worship Centre said he was a pastor who also provided counselling. In some of the church’s televised “World Restoration Services” Mulaudzi appears as a medical authority to verify “miracles” in which objects are mysteriously removed from ailing believers’ bodies. His wife is a well-known gospel singer who goes by the stage name Israel.

Mulaudzi refused to answer the M&G‘s questions relating to his status as a medical professional and his role in the church.

“When the allegations surfaced, we immediately effected our own suspension pending the court processes,” Limpopo’s provincial department of health and social development spokesperson Joe Maila said. “The court didn’t finalise their processes and if you don’t charge a person immediately, it’s a problem. We then withdrew it. We are still doing our investigation to make sure we have a winnable case. He’s a clinical manager and he is not consulting patients in wards. Also, the crimes he was charged with took place in a private practice and not in our jurisdiction.” Maila said the department was certain that Mulaudzi was registered and his registration expired in March 2012.

The HPCSA, however, confirmed that he was not registered and that a police file looking into the matter was opened on October 24. On October 21 the M&G reported on allegations against Mulaudzi, detailing his pregnant victim’s account of her sexual assault.

Mulaudzi appeared in court on Thursday on the rape charge and the case was postponed until February 9.