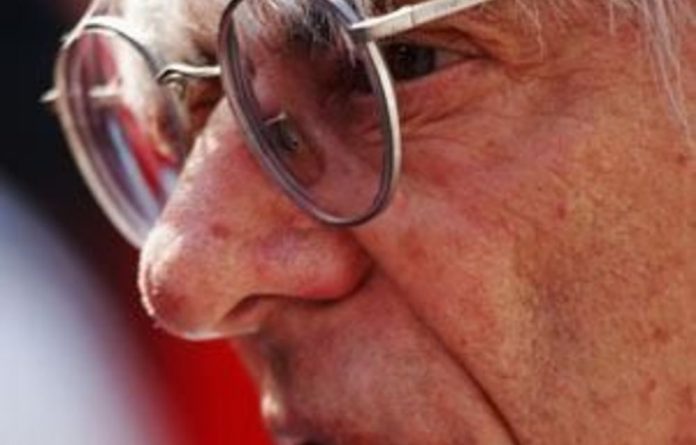 Formula One supremo Bernie Ecclestone has backed Bahrain to put on an incident-free race next year, but agreed on Saturday that events on the ground could force a re-think.

This year’s race had to be cancelled, after first being postponed, due to civil unrest in the Gulf kingdom and a subsequent crackdown that triggered accusations of rights abuses.

“I hope we go to Bahrain and there’s no trouble — the race goes on, the public are happy and there are no dramas. That’s what I hope,” Ecclestone said.

Asked what he would do if he had ‘incontrovertible evidence that unacceptable things were still happening,’ Ecclestone said: “We’d have to give it some serious thought then. But we’ve been to Argentina when [there’s been a big drama]. There [have been dramas] in Brazil. Bad things happen there. I think you can look anywhere now and it’s not all good. You can’t really hold England up as being all good, can you? There have been some terrible atrocities that we committed.”

‘If something’s wrong, stay away’
The Grand Prix has been scheduled for April 22.

In an interview focused largely on his daughters’ lavish lifestyles, the 81-year-old Briton touched on the situation in Bahrain, whose race was confirmed on the calendar this week.

Ecclestone said the Bahrainis he had met were “lovely people” and questioned reports about doctors being jailed for treating demonstrators: “Do you know that? Do you actually know that?” he asked.

“If that’s right, it’s wrong. Obviously. Doctors are doctors. They’re there to help people. It doesn’t matter who it is they are helping. We have been assured that this is not what’s happening. I wanted to go out there. I was happy to go … I’d like to go into the prison or the hospital or whatever and ask ‘what actually happened?’,” he added.

Asked what he would have done had he been the head of the International Olympic Committee before the 1936 Berlin Games in Nazi Germany, Ecclestone said it would have depended on the advice he was receiving.

However, he said other peoples’ religion, ways of life and customs had to be respected.

“It’s not correct to go moving into somebody’s country and try to change them. Don’t go. If you know something’s wrong, stay away,” he declared. — Reuters