Libya’s rulers to bury the hatchet with Gaddafi’s army 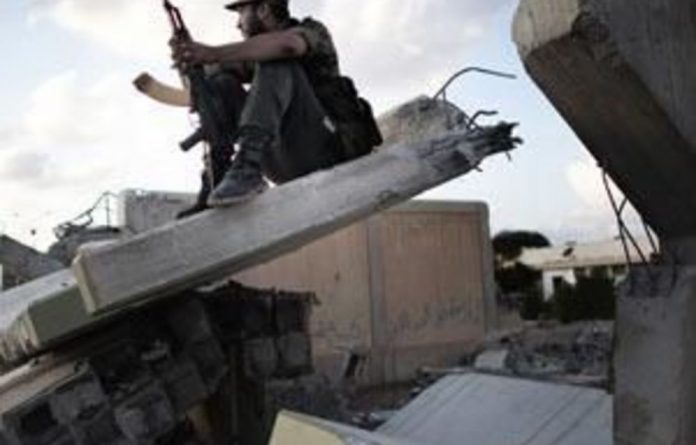 Libya’s new rulers said on Saturday that they are ready to forgive the forces of slain dictator Muammar Gaddafi, who battled rebels trying to topple his autocratic regime during the brutal revolution.

“In Libya we are able to absorb all. Libya is for all,” the National Transitional Council (NTC) chief Mustafa Abdel Jalil said in Tripoli as he launched a national reconciliation conference organised by the NTC.

“Despite what the army of the oppressor did to our cities and our villages, our brothers who fought against the rebels as the army of Gadaffi, we are ready to forgive them”, he said in Arabic remarks that were translated into English by an official.

“We are able to forgive and tolerate”, he added.

The conference, the first of its kind since the NTC declared the total liberation of Libya on October 23, was attended by delegates from the major Libyan tribes, as well as from Qatar and Tunisia.

“National reconciliation is an essential condition to build the constitutional institutions of a state”, he told the conference.

“The future cannot be built with revenge as a base.”

But he said that those who “committed torture, rape, murders and stole public wealth [during the revolution] have to be held accountable … transitional justice is needed in order to reach reconciliation”.

The Hague-based International Criminal Court’s chief prosecutor Luis Moreno-Ocampo said in June that the court’s investigators had evidence that Gadaffi ordered mass rapes and bought containers of sex drugs for troops to attack women during the revolt against him.

Pressure to disarm rebels
Al-Kib announced his government on November 22, just a month after the capture and lynching of Gadaffi, who ruled the country with an iron fist for 42 years.

A statement issued in November said the new government will help efforts by the NTC “to achieve national reconciliation” in Libya.

It will also strive to rebuild the army and the security forces and promote “the integration of interested citizens into these institutions”, said the statement.

Meanwhile, al-Kib’s government is under heavy pressure to disarm hundreds of former rebels who toppled Gadaffi’s regime and are now enforcing security on the streets.

United Nations chief Ban Ki-moon said after the death of Gadaffi on October 20 that for the transitional authorities in Libya, “inclusion and pluralism must be the watchwords”, urging all sides to avoid revenge attacks.

National reconciliation on the cards
Observers and human rights group members have said that Libya’s new rulers will have to come up with firm plans to win the trust of residents of towns such as Bani Walid and Sirte, former strongholds of Gadaffi.

“National reconciliation is extremely important … it is an issue in Bani Walid”, Mahmud Warfalli, a member of Libya’s Warfalla tribe and spokesperson of the Bani Walid local council, said on the side lines of the conference.

The town, just 170 kilometres from the capital Tripoli, epitomises the problems the NTC must resolve, as several of its residents have often expressed a desire for revenge after their homes were looted and pillaged by former rebels who ousted Gadaffi.

But staunch supporters of the new rulers said the whole of Libya needed to be rebuilt and not just Bani Walid or Gadaffi’s hometown Sirte.

“We have to rebuild Misrata, Ajdabiya, Zintan … all the cities … Sirte is just one of them. We have to be fair towards everybody,” said Ali Sallabi, an influential Islamist leader who funded and armed anti-Gadaffi fighters during the rebellion. — Sapa-AFP

Public finance is key to delivering the human right to health

Mandela left us the fabric for a new SA