Maharaj and the ANC’s secrets 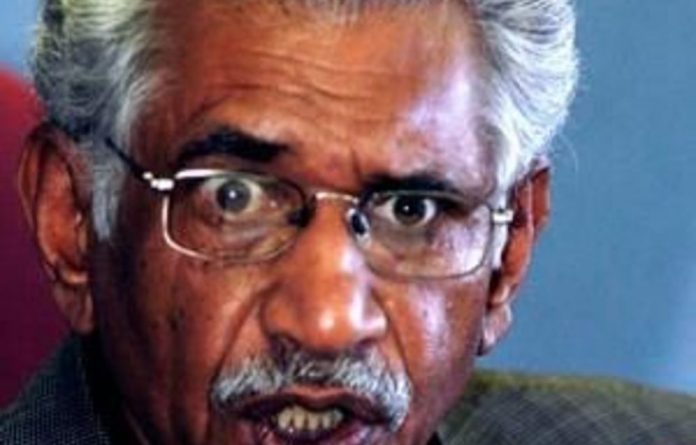 President Jacob Zuma’s spokesperson Mac Maharaj and his wife offered to disclose secret activities of the ANC in an attempt to avoid possible criminal investigations, the City Press reported on Sunday.

The revelations were to come from North Gauteng High Court documents, which included an application made by the couple in an attempt to derail the Scorpions from investigating them in the mid 2000s.

A letter by Maharaj’s lawyer to get a “substantial extension” to respond to the Scorpions in 2005 read: “The difficulty with revealing this information at this stage, is that the detail of the evidence touches upon highly sensitive and complex historical activities internal to the ANC.”

It further said these related to the struggle against apartheid and that the revelation of which “may cause considerable harm”.

“It will be necessary to put a highly complex set of facts with documents before you in order, ultimately, to reveal not only that our clients have not been involved in any wrongdoing, but that, in fact, you would have no interest in these facts for the purpose of fulfilling your function,” read the letter.

According to the report, Maharaj’s attorneys said they would put together a dossier with supporting documentation to prove their claims.

Maharaj and his wife Zarina have confirmed that they have lodged criminal complaints against the City Press and Media24 Investigations over the media houses’ attempts to disclose information of their alleged lies to state investigators.

The couple were being investigated for alleged fraud and corruption regarding the awarding of a national driver’s license contract and an N3 toll road tender. — Sapa