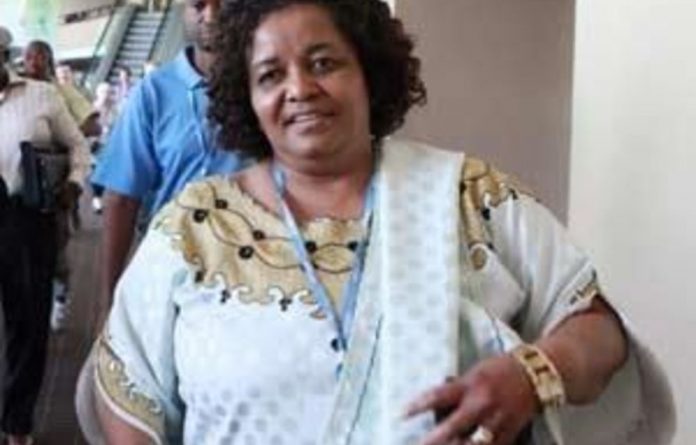 Water and Environmental Affairs Minister Edna Molewa has hailed the 17th Congress of the Parties (COP17) climate change conference an “outstanding success” on the part of “Team South Africa”.

The conference, which ran for two weeks in Durban, finished more than a day and a half after it was scheduled to end and civil society organisations criticised its outcome — the so-called Durban Platform — for being a weak deal that leaves poor countries vulnerable to the effects of dangerous climate change.

The fossil of the day awards have been an established part of COP since 1999. These draw attention to the country doing their best to hamper daily progress in the talks. As the last official day of COP17 drew to a close, the conference’s overall ‘colossal fossil’ was announced.

Speaking at media briefing held in Pretoria on Monday afternoon, Molewa said she recognised the ambition and scope of current commitments were inadequate but there was more than just the “ambition gap” that needed to be bridged — countries also had to find ways to bridge gaps in implementation, financial, technological and legal gaps.

She said the South African delegation — which hosted the negotiations — realised in Durban that trying to force countries to do more than they are willing to contribute would have been a recipe for complete failure. This “would have resulted in a ‘no deal’ in Durban, not only killing the Kyoto Protocol but possibly even the United Nations convention on climate change itself,” she said.

Instead, Molewa said the solution was to build a system to gradually transition to a low carbon future, while also creating jobs and reducing poverty.

She said the conference had been characterised by a new willingness to move beyond “entrenched negotiating positions and unconstructive rhetoric.

“Countries that we never dreamed about, even China moved beyond their usual position,” she said.

With the Durban Platform, countries have agreed to begin work next year leading towards a deal with legal force, under which all countries — both developing and developed — would commit to reducing emissions. The deal will be adopted by 2015 and become fully operational no later than 2020. Countries also agreed to a second commitment period under the Kyoto Protocol, with will run until 2018.

South Africa’s lead climate change negotiator Alf Wills, who also attended the briefing, admitted that the Durban Platform was a “compromise position” but said that even so, the country came away from COP17 with more than it had hoped for.

He said it was important not to get too caught up in the “hype around the term ‘legally binding'” but to recognise that the deal has set up countries to take “urgent, meaningful and real climate action now, not in 2012 or 10 years time” and to focus on operationalising the principle agreements reached in last year’s climate negotiations in Cancun. These include creating mechanisms that would help poor countries cope with the effects of climate change.

Wills said that South Africa had wanted a protocol — a tight, legally binding deal — coming out of Durban but realised that this would not be possible. So instead, African countries chose to focus on parallel issues such as capacity building, operationalising the green climate fund and the technology network and centre, and reaching a credible agreement on adaptation, which is a priority area for Africa.

“Not only did we get that, we also got a process towards negotiating a legally binding protocol or a legal instrument [or] an outcome that has legal force,” he said. “These are huge steps forward. Three weeks ago, myself as a negotiator, could only dream of an outcome like this in practical terms.”

Although the deal did contain loopholes that could be exploited to allow countries to “hide” their carbon emissions, he said countries would begin work next year on closing off these loopholes.