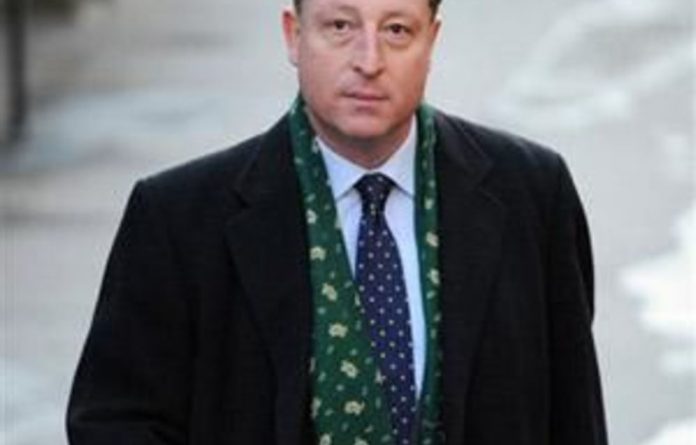 Mazher Mahmood, once the tabloid’s star undercover reporter, and ex-chief reporter Neville Thurlbeck were the first of several witnesses from Rupert Murdoch’s media empire to address the inquiry, set up amid a scandal over illegal eavesdropping by the News of the World.

Both said reporters and editors balanced privacy against the public’s right to know when deciding whether to publish titillating scoops.

Thurlbeck — on bail over alleged phone-hacking — used the example of a 2004 story alleging that soccer star David Beckham was having an affair. He said it was justified because the athlete and his wife, former Spice Girl Victoria Beckham, traded on an image of wholesome, fairy tale family life.

“We thought it was important we exposed that the fairy tale was a sham,” Thurlbeck said.

He said the story had been a classic kiss-and-tell, with Beckham’s supposed mistress, Rebecca Loos, paid “a six-figure sum” for details of the affair.

Media intrusion
Thurlbeck was arrested in April on suspicion of illegally intercepting phone voicemail messages. Inquiry chief Brian Leveson said he would not be asked questions about phone-hacking because of the ongoing police investigation.

Prime Minister David Cameron set up the judge-led inquiry after it emerged that the News of the World had for years illegally eavesdropped on the voicemail messages of celebrities, public figures and even crime victims in its quest for exclusive stories.

More than a dozen Murdoch employees have been arrested over the hacking scandal, which also cost the jobs of several of his top executives, two senior police officers and Cameron’s communications chief.

The inquiry has heard from crime victims and celebrities, including actor Hugh Grant and “Harry Potter” author JK Rowling, who have described the devastating effect media intrusion had had on their lives.

Monday’s first witness was the bane of many celebrities — Mahmood, a controversial figure nicknamed the “Fake Sheik” after his signature ruse of pretending to be a rich Gulf businessman to trap celebrities, politicians and suspected criminals.

He said his stories had to meet rigorous public interest standards, such as exposing criminality or “moral wrongdoing” by public figures such as members of Parliament.

Proud
“I don’t think I’d vote for my MP if I knew he was cheating on his wife,” Mahmood said. “If you hold public office, you should be open to scrutiny.”

He also said celebrities were fair game “if they present themselves as wholesome characters and trade on that status” while behaving hypocritically.

Mahmood, who worked for the News of the World for 20 years, has not been implicated in phone hacking. He said he had not been aware it was going on until the newspaper’s royal reporter, Clive Goodman, was arrested in 2006. Goodman was later jailed for eavesdropping on the mobile phone voicemails of members of the royal family staff.

Mahmood, who now works for Murdoch’s Sunday Times newspaper, said he was proud that his investigations had resulted in more than 260 criminal prosecutions — including the convictions last month of three Pakistani cricketers for match-fixing in a scandal that rocked the sports world.

He gave evidence out of sight of the press and public to protect his identity. His words, but not his face, were broadcast on the inquiry’s website.

Murdoch shut down the 168-year-old News of the World in July after evidence emerged that the tabloid had eavesdropped on the voicemails of Milly Dowler, a 13-year-old who was abducted and murdered in 2002.

‘Abhorrent’ behaviour
The revelation appalled many in Britain — especially the detail, reported in the Guardian newspaper, that someone had deleted messages left on Milly Dowler’s phone after she disappeared. Her parents have said this gave them false hope that their daughter was still alive.

The Guardian, citing police sources, reported on Saturday that the key “false hope” message might not have been deleted by someone working for the News of the World.

The Dowler family’s lawyer, Mark Lewis, said in a statement that it was unclear who had deleted the messages but that it “remains unchallenged that the News of the World listened to Milly Dowler’s voicemail and eavesdropped on deeply personal messages which were being left for her by her distraught friends and family”.

Earlier this year Murdoch’s News International paid £2-million compensation to the Dowler family and apologised for the News of the World‘s “abhorrent” behaviour. — Sapa-AP