Not just another bookshop 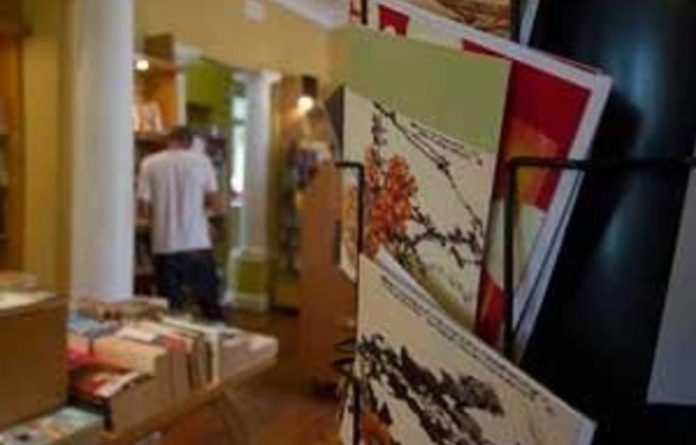 Naspers and Media24 announced last week that they intend to close down Boekehuis, a Johannesburg bookshop that has, since its opening 12 years ago, become a vital part of Johannesburg’s literary scene, citing financial concerns.

The Mail & Guardian spoke to writer Mark Gevisser, who has started a petition against the shop’s closure, about why he feels that Boekehuis deserves a second chance.

Why all the fuss about one bookshop? Shops close all the time, especially in the current retail climate.
Boekehuis in not just another bookshop. It has been in Jo’burg in this lovely house for 12 years and has established an extraordinary reputation and created a unique space. It has a very active public programme — book launches, public debates. And these events have become the most important space in Jo’burg to discuss and debate the ideas that arising out of books. It’s imperative to keep these spaces, where people can talk to each other in an intellectual way, to debate with each other through ideas, instead of the Malema-esque polemic, and Boekehuis creates one of these spaces.

Johannesburg’s Boekehuis has recently been threatened with closure by its holding company Media24. M&G speaks to Mark Gevisser about what makes Boekehuis different from other bookshops.

Also, in the era of e-commerce, where you can go online and have access to an infinite range of books, to have a bookshop that is curated by someone like Boekehuis’s manager Corina van der Spoel, who chooses a select group of titles, and does a first cut for the reader, is absolutely vital for the promotion of a reading public. It’s great to come into a space where someone has exercised some sort of quality control.

It becomes a place where people commune around books, in a way that is very different to a place like Excusive Books. You come here to get ideas about what you should read, and becomes a place of an exchange of ideas. It’s hard to overestimate the importance of these spaces.

What was the environment like before this bookshop came along, and what would be lost if Boekehuis was to close?
Johannesburg has always had really important independent book shops. There was an amazing bookshop in town from the 30s to the 60s called Vanguard books, and this is where you would go to get books during the struggle that gave an alternative point of view. Exclusive Books in Hillbrow began this way too. I would migrate there from the Northern suburbs because it was a place where other weird nerdy kids would go. It had a gay shelf too, which for me growing up in the 70s was like heaven. And it wasn’t so much about buying the books. I was a teenager and had no money. It was just to be around them, and around other people who liked books. A place like Boekehuis has filled that need.

It’s a very tranquil place, and you see people who have come to take some space away from the hustle and bustle of Jo’burg, to think a bit more deeply. Society needs those spaces.

And sure, Exclusive Books tries to make those spaces by having a coffee shop connected to them, and I’m not saying that a shopping mall can’t have those spaces. But a mall is all about conspicuous consumption. It’s about appetite and flash and bling.

Having a bookstore that does not cater to the lowest common denominator is really important. When you look at EB, sure, you can get interesting bestsellers there, but their bottom line is that they have to stock what people buy. That is what drives them. So the books that are available there are mainly bestsellers.

To have a bookshop that is driven by the quality of the books it stocks is really important. It’s what Vanguard books had, it’s what the original Exclusive Books had, and it’s what Boekehuis has.

But does that kind of bookstore make commercial sense? Or is it a luxury that people just can’t afford?
There’s a real problem with bookselling at the moment. Printed books are being squeezed from both sides. On the one side you have the recession, with people no longer having disposable income to spend on books, especially big, beautiful, expensive books. And on the other side you have e-commerce. And the people who can still afford books have migrated to tablets and are buying e-books, And it’s not just Boekehuis. Big chains are in trouble too.

And it may be that a bookshop like this has to be subsidised. And who better than a big publishing company like Media24 and Naspers? I know they are a business, and they need to run like a business, but isn’t it good business to say we are going to let some of our assets subsidise some of our other assets, and isn’t it good for our reputation, and good for the country? I wish they were big enough to say that, because they certainly are rich enough to say it.

Tell me about the petition. Who has come out in support of the bookshop?
I was chairing an event at Boekehuis and there Corina mentioned that Boekehuis might be closed down. And there were a few of us that thought, no impossible. Our presence at this event and the vitality of this event is a reason that it cannot be closed down, because this is a unique forum in Johannesburg. So a few of us decided to get a petition going, asking Naspers and Media24 to reconsider.

Two things are extraordinary: the number of people who have signed, and the types of people who have signed. Authors, artists, judges, and people who just consider themselves friends of Boekehuis. And what has been extraordinarily moving is the personal letters that so many people have written, talking about what Boekehuis means to them. I was surprised at how many people feel even more strongly about this than I do.

And it’s not just about preserving a place that’s a refuge for them. People have spoken about how it’s part of a bigger campaign that needs to take place in this country around reading and books and deliberative culture, the importance of creating dialogue.