The arms deal: An economic dud from the start 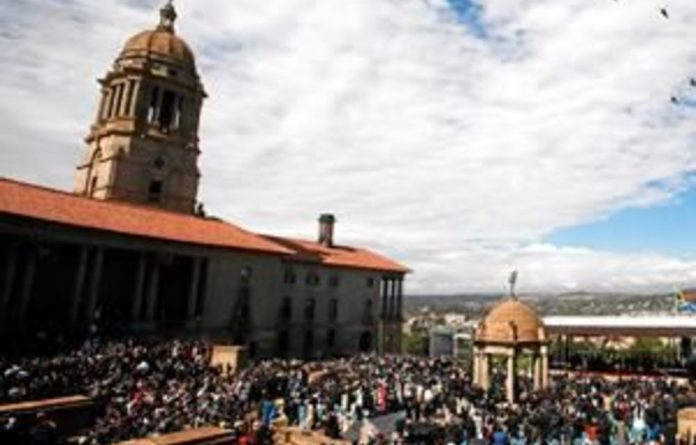 In the fourth extract from The Devil in the Detail: How the Arms Deal Changed Everything, Paul Holden and Hennie van Vuuren analyse the top secret ‘Affordability Report’. It indicates that even if offsets were fulfilled, the impact of the arms procurement deal on the economy was broadly negative.

Estimating the impact of the arms deal on the macroeconomic health of South Africa is incredibly difficult, although some iterative indications can be taken from a top secret document presented to the Cabinet in August 1999, which has not yet been reported on in any depth.

The “Affordability Report” — a detailed, albeit far from comprehensive document — had a long history. According to the Joint Investigation Report, the strategic offers committee requested that the department of finance “assist in the evaluation of financing offers that were received as part of the tenders for the strategic defence package”. In November 1998 a senior manager in the department, a Mr R White, was seconded to join the international offers negotiating team, which was involved in evaluating and negotiating the financing component of the arms deal. Finally, in March 1999, the Cabinet subcommittee established a separate affordability team to “look into the issues of the affordability of offers, alongside the negotiating team. Mr J Naidoo, who was also the chief negotiator of the team, headed the affordability team.”

The outcome of this process, the “Affordability Report”, was presented to Cabinet for its review in August 1999. Interestingly, this timeline suggests that the cost of the arms deal was never a major concern for key decision-makers. By the time it was presented, for example, former defence minister Joe Modise had already initialled a number of key arms deal contracts, whereas the Cabinet, as early as 1998, had made a number of statements to the effect that they had chosen the primary contractors to be used in the arms deal. This all gives credence to the claim that, while the arms deal was being negotiated, the cost of the purchase and its macroeconomic impact were of little concern.

The report attempted to outline the cost of the arms deal and its potential economic impact for the Cabinet subcommittee. To do this the team made use of a predictive macroeconomic model developed in 1997 by the Bureau for Economic Research based at the University of Stellenbosch. Appropriate figures were then inserted into the model’s complex algorithms to calculate the impact of the arms deal (with the cost projected at various iterations, ranging from low to high because, at the time, no final decision had been made in terms of whether the tranching arrangement with BAe/Saab would be adopted). In particular, predictive data for the period from 2000 to 2008 in terms of the performance of the economy was provided and then compared against a set of potential scenarios that included the cost of the arms deal.

The macroeconomic impact of the deal was calculated with reference to two potential developments that could have altered it: a rise or decrease in interest rates and the success or failure of the offsets programme. As one would expect, if national interest rates increased and offsets failed to materialise, the report predicted a substantial increase in the negative impact of the arms deal. The 12 scenarios were then compared with a “baseline” scenario, namely how the South African economy would have performed if the arms deal was excluded from the calculations.

We can use the figures in the report to draw some striking conclusions regarding the arms deal’s impact on the economy. First, it is abundantly clear that even if offsets were fulfilled and interest rates remained low, the impact of the arms deal on the economy was broadly negative. Indeed, this is even acknowledged in the report: “If the risks do not materialise, the arms expenditure programme has a limited, though non-negligible impact on the macro-economy. This is true even for the highest (R25-billion) expenditure level.” This is clear from the most optimistic scenario, in which the gross domestic product growth contracts more than it expands in the period between 2000 and 2008.

When Gear was implemented, one of the main manners in which the devastating job losses could have been offset was by utilising a higher than 3% budget deficit to pay for either welfare services or job creation. However, the arms deal, especially in the worst-case scenario, would have substantially shut down the little breathing room that there was in the budget already. That a total of 1.4% of a budget deficit of 3% in a time of increasing unemployment and increased wage inequality could have been spent on an unpopular and unmandated expenditure is positively obscene. As was noted in the executive summary of the report: “If the arms procurement causes government to exceed its budget deficit targets, this is likely to be negatively perceived by the local and international investment communities, who may perceive government to be relaxing its stance on fiscal policy, giving rise to uncertainty and credibility problems. This perception is likely to be aggravated as expenditure on armaments is technically classified and viewed as unproductive.”

Third, the arms deal relied extensively on offsets to prevent a potential economic disaster. If the offsets were not fulfilled, as should be clear from the figures above, the impact on employment and gross domestic product growth would be substantial. It is useful to acknowledge that, at the time the arms deal was pursued, the offsets programme was considered by the report to be a risky prospect: “There is mixed empirical evidence internationally regarding the percentage of national and defence industrial participation contractual commitments, which are typically delivered in respect of arms purchases. In the case of defence industrial participation, however, experience both locally and internationally suggests that there is a low risk of non-performance in relation to contractual commitments. In the case of national industrial participation, the risks of non-performance are significantly higher.

On the one hand, it is possible or probable that suppliers have priced into their arms contracts some or all of the penalties payable for non-performance, at least at the original 5% level. It may therefore be in their interests to accept this cost rather than to take on the additional risks and potential costs of national industrial participation projects.”

The last point that needs to be highlighted is the potentially devastating impact that the arms deal could have had on employment. According to the most optimistic scenario, a relatively insignificant number of jobs would be created: about 3000 over the period of the arms deal in total. In terms of opportunity cost, however, it is clear that a R25-billion expenditure on virtually anything else — even fleets of luxury cars for the executive — would have generated considerably more employment during this period. Under the more adverse scenarios the figures are frightening: in the second scenario, in which offsets were not fulfilled but interest rates remained stable, about 138 000 jobs would have been shed by 2008; and in the fourth scenario, in which offsets were not fulfilled and interest rates were increased, the total job losses reached a staggering 270 000, excluding the opportunity costs.

However, it is obvious that the real macroeconomic impact of the arms deal was consistently underreported in the report: the ministers making the decision to pursue the arms deal, therefore, probably did not have the relevant information at their fingertips. In reality, the total cost of the arms deal, and the figure that should have been used in modelling such assumptions, was more than double that of the figure that was eventually used (R54.358-billion versus R25-billion).

Nevertheless, using the figures provided in the report, and including the extra financial inputs described above, we can make some broad and blunt calculations in terms of the macroeconomic impact of the deal.

The figures regarding employment are more than sobering: they are appalling.

The Devil in the Detail: How the Arms Deal Changed Everything is published Jonathan Ball Publishers

Arms deal: Bell was deaf to bribes and lost out

Behind the two-for-one fighter deal