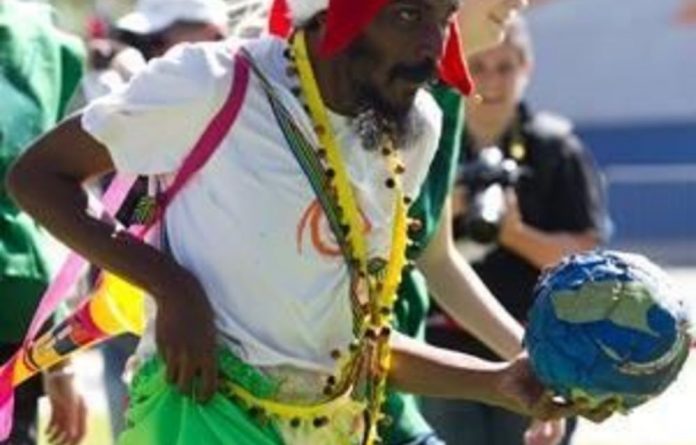 Despite the historic nature of the agreement reached by the parties at COP17, the Durban Platform has been widely seen as a compromise deal.

Climate activists, in particular, have seen the deal as a failure on the part of governments to strike an ambitious deal that will lead to emission cuts and an opportunity for big business to continue on their destructive, carbon-intensive paths. Here’s a round up of views from some of the conference’s key players.

Maite Nkoana-Mashabane, international relations minister and president of the Durban UN Climate Change Conference:
“We have taken crucial steps forward for the common good and the global citizenry today. I believe that what we have achieved in Durban will play a central role in saving tomorrow, today.”

Christiana Figueres, UNFCCC executive secretar:y
“I salute the countries who made this agreement. They have all laid aside some cherished objectives of their own to meet a common purpose — a
long-term solution to climate change The South African presidency steered through a long and intense conference to a historic agreement that has met all major issues.”

Edna Molewa, water and environmental affairs minister:
“After a year of intensive negotiation, the final outcome of Durban is historic and precedent-setting, ranking with the 1997 conference where the Kyoto Protocol was adopted. In the dying hours of this watershed conference, we were able to agree on a comprehensive deal.”

Alf Wills, chief climate negotiator for South Africa:
“We got a process towards negotiating a legally binding protocol or a legal instrument [or] an outcome that has legal force. These are huge steps forward. Three weeks ago, myself as a negotiator, could only dream of an outcome like this.”

Kumi Naidoo, Greenpeace International Executive Director:
“The grim news is that the blockers lead by the US have succeeded in inserting a vital get-out clause that could easily prevent the next big climate deal being legally binding. If that loophole is exploited it could be a disaster Right now the global climate regime amounts to nothing more than a voluntary deal that’s put off for a decade. This could take us over the two-degree threshold where we pass from danger to potential catastrophe.”

Samantha Smith, leader of WWF’s global climate and energy initiative:
“The mandates of a few political leaders have outweighed the concerns of millions, leaving people and the natural world we depend on at risk. Catastrophe is a strong word but it is not strong enough for a future with 4-degrees of warming. Unfortunately, governments here have spent the last two crucial final days of negotiations focused on only a handful of specific words in the negotiating texts, instead of spending their political capital on committing to more and real action to address climate change.”

Harjeet Singh, climate justice coordinator for ActionAid:
“COP17 did make a small step forward to save the climate but it failed to deliver practical support where it is needed most. Governments had an opportunity to not only tackle climate change but also the climate driven food crisis sweeping across the continent. Instead they riddled negotiations with solutions, which let off rich countries with weak targets for slashing emission and no climate cash commitments for poorer nations.

Bill Hare, Director of Climate Analytics:
“What is positive in Durban is that governments have reopened the door to a legally binding global agreement involving the world’s major emitters, a door which many thought had been shut at the Copenhagen Conference in 2009. What remains to be done is to take more ambitious actions to reduced emissions, and until this is done we are still headed to over three-degree warming.”

Sarah-Jayne Clifton, Climate Justice Coordinator of Friends of the Earth International:
“Ordinary people have once again been let down by our governments. Led by the US, developed nations have reneged on their promises, weakened the rules on climate action and strengthened those that allow their corporations to profit from the climate crisis. The Kyoto Protocol, the only legally binding framework for emissions reductions, remains in name only, and the ambition for those emissions cuts remains terrifyingly low. The green climate fund has no money and the plans to expand destructive carbon trading move ahead.