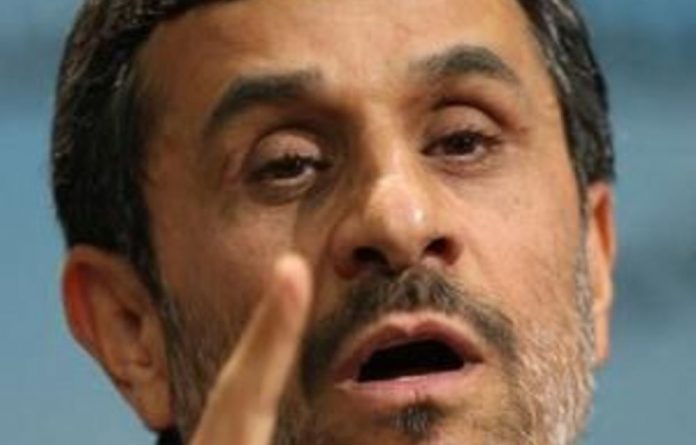 Iran’s President Mahmoud Ahmadinejad has become the latest leader to find himself on the receiving end of that popular Middle Eastern method of protest — the thrown shoe.

Like George W Bush before him, Ahmadinejad found himself staring down the sole of a gentleman’s shoe when someone believed to be a recently laid-off textile worker decided to demonstrate his anger during an official ceremony in the north of the country.

Ahmadinejad was speaking in Sari, the capital of the Mazandaran province, when the man local agencies identified only by his first name, Rashid, threw his shoes at the president. It would appear they missed their goal.

According to the Middle Eastern culture, throwing shoes is considered to be one of the strongest ways to show contempt.

Iranian media reported that Rashid, around 45, had been discharged from a textile company after a year of not being paid by his employers.

“One of the participants of the ceremony managed to reach the seats in the front row and threw his shoes at the president while criticising unemployment in the country,” said Tabnak, a conservative news website close to the former revolutionary guards commander, Mohsen Rezaei.

Missed opportunity
Local agencies said the shoes did not hit Ahmadinejad due to “his prompt reaction” but hit the poster behind him. Pictures of the incident were not immediately released.

The shoe-thrower is reported to have been wrestled to the floor by people attending the ceremony who shouted slogans in support of Ahmadinejad. It was not clear whether he was arrested afterwards.

In 2008, Bush was target of an Iraqi jouranlist, Muntadhar al-Zaidi, who threw his shoes at him during a Baghdad press conference. Bush too showed quick reflexes in dodging the missiles.

In 2010, shoes were also thrown at the president of Pakistan, Asif Ali Zardari, in a conference in Birmingham.

Iran’s English-language state-run newspaper, Tehran Times, in September quoted the head of the country’s statistics centre as putting the unemployment rate at 13.5% in the previous year of the Persian calendar (ending March 20 2011). Many independent economists have questioned official figures and have set the rate much higher. —