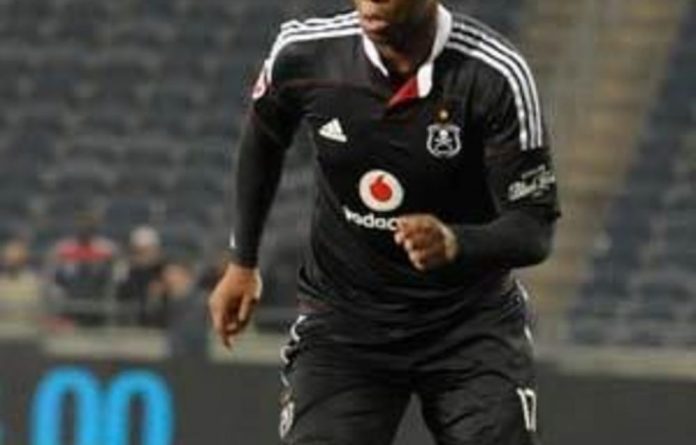 Orlando Pirates striker Benni McCarthy said on Tuesday the relationship he might have held with the Bidvest Wits coaches will never be reconciled again following a much reported fracas during the Telkom Knockout final at the weekend.

McCarthy and former Bafana Bafana teammate in Wits assistant coach, Eric Tinkler had a heated war of words in the rain-soaked match where Pirates lifted their first league cup, winning 3-1 at a sold-out Moses Mabhida Stadium.

It apparently started when McCarthy stepped on Wits fullback Sipho Mngomezulu in the first-half, with Tinkler on the near side bench going after McCarthy where he allegedly chirped that the 34-year-old was being “paid by the kilo”.

McCarthy’s weight problems after a spate of injuries in the last two years are well documented with the two supposedly nearly coming to blows after a pushing row at the stadium tunnel during the interval break.

“I’m a Scorpio. I’m nice to everyone, I’m family and down to earth, and don’t know why people always judge and have a different perspective of me,” McCarthy said.

‘Good luck to the haters’
“I forgave them. Whatever happened, said and wasn’t said, in my world, they don’t exist.

“I am sure they I don’t exist in theirs. It’s swept under the carpet, we just won’t see each other in the same light as we might have done before the game.

“My weight is alright now. I’ve played a full 90 minutes in two weeks, which is good. Some say I’m still over, good luck to the haters.”

According to Pirates communications officer, Mickey Modisane, Pirates chairperson Irvin Khoza encouraged that the matter be resolved in private.

Neither of the sides will lay an official complaint on the incident to the Premier Soccer League.

“The chairperson came out and gave a statement yesterday [Monday],” Modisane said.

‘Swept under the carpet’
“He gave it in hope that McCarthy, [Wits coach] Roger De Sa and Tinkler can go and solve it.

While De Sa, who also doubles as Wits’ chief executive, admitted that there was a comment from the bench towards McCarthy.

He said: “It’s swept under the carpet now, we are not even going to entertain it. In fact we’ve learn a lot about people.

“Benni was over the top in a tackle to one of our players with his studs up and we got up on the bench and then he also has a go at us.

“[Chirping] it’s all part of the game, I had it too, and when you are playing sport you must handle it. Everybody knows he has weight problem and it’s easy to pick on that in that kind of situation.

‘All about egos’
“I didn’t see what happened in the tunnel because I was already in the dressing room, apparently he had a go at our player and Tinkler tried to stop it and Benni shoved him.

“After the match, I tapped him on the shoulder to say ‘well done’ and he said he didn’t respect me and then went on about how much money he makes.

“It’s all egos and I’m not going to waste my time on that.”

De Sa said that it was unfair that the situation seemed to take some gloss from an outstanding Pirates performance.

He also felt that the latest criticism about his side’s ‘breaking the bones’ — mocking Pirates’ signature skull and bones logo — celebration in their 3-1 league win last month was not fair, as other have done it before.

“It’s unfair that this situation in the media has taken away the spotlight of a good Pirates performance on the day,” said De Sa.

“We are also not the first and won’t be the last team to ‘break’ the bones.” — Sapa

For the first time in recent memory, the PSL’s forwards are giving us a scoring race to be excited about
Read more
Advertising
Continue to the category
Education