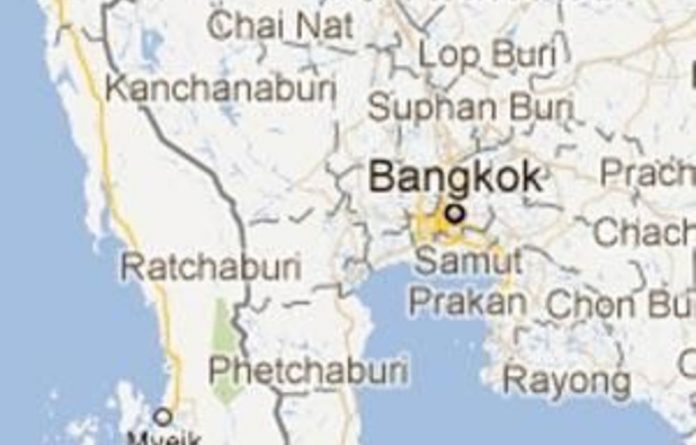 Alleged drug mule Nolubabalo Nobanda called her uncle, Mthetheli Mbewu just after she was caught with drugs at Thailand’s Bangkok Airport on Monday.

“After she told me she had been arrested, I was still to probe further how she landed there but the phone was removed from her and hung up,” Mbewu said on Wednesday.

He said he heard a foreign language spoken in the background and then the phone was removed from Nobanda. He believes the voices may have been Bangkok police.

Mbewu said he then went to a neighbouring township where Nobanda’s parents lived. After he broke the news to her parents, they did not believe him and thought Nobanda was just joking and went to work, said Mbewu.

Her father, who works at the Grahamstown post office, did an internet search of his daughter’s name and was shocked by the pictures of his daughter showing cocaine being removed from her.

The 23-year-old was arrested after police noticed a white substance in her hair after she stepped off a Qatar Airways flight. Police found 1.5kg of cocaine with an estimated street value of R1.2-million hidden in her dreadlocks.

She admitted to smuggling the drug and said she was hired to deliver it to a customer at a Bangkok hotel.

Mbewu said the family had been relying on media reports to stay informed about Nobanda’s whereabouts, as they wait for the South African embassy to help.

The family sat in their lounge with the eNews channel running for hours.

Mbewu believed she may have been forced to smuggle the drugs.

“She does not need anything. She was fine the last two weeks. Someone is behind this,” he said.

News of Nobanda’s arrest had been kept a secret from her grandmother, who suffers from diabetes, until she kept hearing her granddaughter’s name on the radio. A family member said she thought maybe her granddaughter had made some academic achievement.

The family broke the news to her late on Tuesday night. She took it badly, Mbewu said.

‘Don’t deserve this’
Nobanda’s mother, Wanjiswa Ncepu said she had not been sleeping for days and was afraid of leaving her house because people were asking questions.

“All eyes in this location are on us and I am even afraid to walk outside. I am told that detainees in prisons where Nolubabalo is are not supplied with food, they have to buy. So how can I continue to eat while I do not know where my child is?”

Ncepu said she wished she could have her daughter back in the country.

“I really do not deserve this in my life. I want my life, my daughter’s life back.”

Family and friends continue to arrive to show their support to the family.

A prayer meeting was expected to be held at the family’s home on Wednesday night by neighbours showing their support.

South African ambassador to Thailand Douglas Gibson confirmed to the family he would meet Nobanda on Thursday at a prison in Bangkok.

ALL OUR CORONAVIRUS COVERAGE Boxing and women’s football qualifying for the 2020 Olympics will be moved from the...
Read more
National