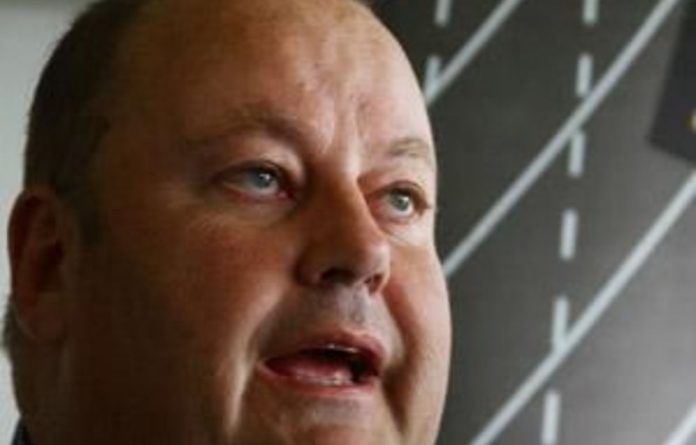 Frik Vermaak was named CEO of Athletics South Africa (ASA) on Wednesday after holding off 25 other candidates for the post.

“Frik fulfilled all the criteria we were looking for,” said ASA president James Evans.

“We needed someone with strong management skills, an ability to make decisions and not get bogged down in politics.

“And, importantly, we needed someone to be in the office to put procedures and policies into place.”

The national athletics federation decided in August to appoint a CEO after issues surfaced regarding Hendrick Ramaala’s position at the ASA head office in Houghton.

Ramaala, an elite marathon runner, was running the office despite sitting on the federation’s board.

The matter nearly spiralled out of control with Evans threatening to throw in the towel less than two weeks after he took office.

The federation was later reinstated but the entire board was replaced with Evans taking over from former president Leonard Chuene.

Chuene was fired in February and barred from holding a position with any sporting code under the jurisdiction of Sascoc for seven years.

“This past year has been trying for the office as the board has had to physically run the office,” Evans said.

“That is not the task of the board, but rather of a CEO.

“Frik has managed both small and big companies, has a banking background and therefore will understand finances and corporate governance.”

Evans said ASA considered it a “bonus” that Vermaak had a background in athletics.

‘Tremendous’ experience
“He has coached, he has been a commentator of the sport for almost 20 years and he has even managed teams internationally,” Evans said.

“So his knowledge of the sport is tremendous.”

Vermaak (53) said he faced a stiff challenge in running the embattled federation which was still trying to find its feet.

“I need to focus on the administration of the office,” Vermaak said.

“It is quite clear the sport needs finances and that is something I really need to get my teeth into.”

Vermaak signed a five-year contract with ASA and the federation said he would take office on January 9. — Sapa