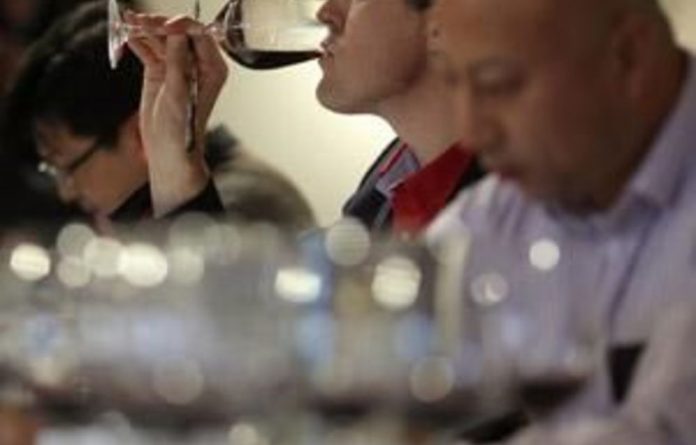 A remote region of northern China that began growing grapes for fine wine only a decade ago has beaten the centuries-old French wine-producing region of Bordeaux in a blind tasting held in Beijing.

A group of wine experts — five French and five Chinese — ranked the bottles from the remote and sparsely populated Ningxia region above those from Bordeaux at the tasting, held on Wednesday in Beijing.

The jury sampled five wines from each region, selecting a cabernet sauvignon from the Grace Vineyard in Ningxia as the top-scoring bottle — a shock result echoing a 1976 contest that saw the classics humbled by New World wines.

Wines from Ningxia took the four top slots in the contest and a 2009 Medoc from the Lafite vineyard in Bordeaux was the highest-scoring French wine — in fifth place.

All the wines in the contest were produced in 2008 or 2009 and priced between 200 and 400 yuan in China — putting the Bordeaux at a disadvantage because China levies a punishing 48% import tax on wine.

China has enjoyed a huge wine-drinking boom in recent years and is now Bordeaux’s largest export client. Analysts have predicted it will overtake the US to become the largest wine-consuming nation within 20 years.

Most of the wine made there is mass-produced and of low quality but experts say there are now some good Chinese wines being produced — notably from Ningxia.

Moet Hennessy, the wine and spirits arm of France’s LVMH luxury group, said this year it was planting its first Chinese vineyard in Ningxia to produce sparkling wine.

And a Ningxia vintage was named best Bordeaux-style wine over $15 at the Decanter World Wine Awards in London this year — prompting Wednesday’s event.

The American bottles came out on top, shocking the wine establishment, which had always considered Old World vintages to be superior.

“Wine is not a new thing in China but we are at the very start of China’s fine wine story,” said the organiser of Wednesday’s event, Jim Boyce, who runs a China wine blog.

“The very good ones are mostly being made in Ningxia. For me, the link is that a lot of the winemakers there have been trained in Bordeaux.”

For judge Fiona Sun, editor of the Chinese edition of a French wine magazine, the results of the contest mean that “people should change their minds about Chinese wine”. — AFP

In this edited extract from The Backroom Boy, an autobiography of the late Andrew Mokete Mlangeni by Mandla Mathebula, the ANC struggle stalwart meets Mao Tse-Tung while in military training in China
Read more
Africa