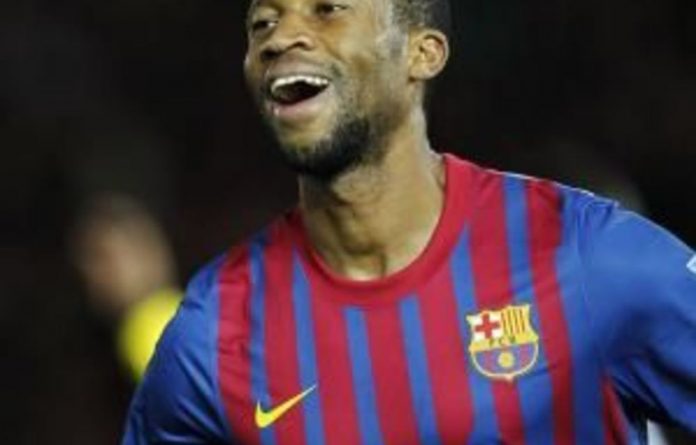 Barcelona set up a Club World Cup showdown with South American champion Santos by brushing aside Qatari club Al-Sadd 4-0 Thursday in the semifinals.

Adriano scored two first-half goals to lead Barcelona, which will be returning to the Club World Cup final for the first time since 2009 when the team beat Argentine club Estudiantes. Seydou Keita and Maxwell added the others for the Champions League champions.

Barcelona dominated the flow of play against the Asian champions and took the lead in the 25th minute after a blunder by Al-Sadd goalkeeper Mohamed Saqr. A cross from Pedro on the left went to Nadir Belhadj, who tried to direct the ball to his goalkeeper. But Saqr failed to pick up the ball before attempting to clear it with his feet and Adriano charged in to tap in from close range.

Adriano doubled the lead in the 43rd with a left-footed shot from just inside the box.

Lionel Messi set up Barcelona’s third goal in the 64th with a perfect pass to Keita, who finished with a flick to the left side of the net. Substitute Maxwell added the final goal in the 81st with an angled left-footed shot that deflected in off the leg of Saqr.

Barcelona forward David Villa left the game in the 37th minute after breaking the tibia in his left leg when fighting off two defenders. He was taken to a hospital for an examination.

Barcelona will be looking to extend a four-year winning streak for European clubs.

The Club World Cup is back in Japan for the first time since 2008 after two editions in the United Arab Emirates. — Sapa-AP