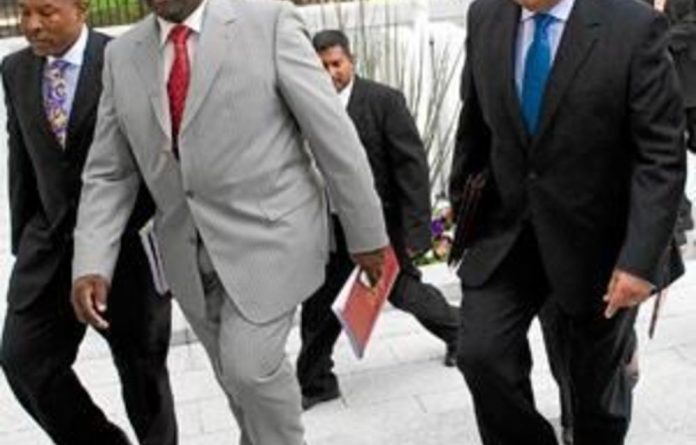 The finance ministry has “expressed dismay” at an article published in the Mail & Guardian on November 15 and has denied any disunity in the department.

The story, “Treasury revolt over Limpopo ‘interference'”, dealt with Cabinet’s decision to intervene in the financial management of three provinces.

We reported that a political revolt had broken out in national treasury, with senior officials rebelling this week against Finance Minister Pravin Gordhan, following his controversial decision to place Limpopo under administration.

In response, the ministry said as part of the Public Finance Management Act and the Constitution, they were forced to intervene and this was communicated by Cabinet and “extensively analysed by the media, commentators and the public”.

“For the record, there is no ulterior or “political” motive and nor has there been any ambiguity in government’s intervention in terms of section 100 of the Constitution.

“The allegation contained in the article that there is a ‘revolt’ or disagreement within the ranks of national treasury or this ministry about Cabinet’s directive to intervene in provincial administrations is without foundation or substance.”

The article said the drama unfolded after a treasury employee sent a damning email to the M&G outlining the political skulduggery surrounding the decision to place Limpopo under administration.

The suggestion was that the treasury, one of the most widely respected in the world for fiscal policies and ranked number one in global studies for budget transparency, is starting to unravel at the seams, with politics interfering with policymaking.

“During the course of this week the M&G approached the national treasury and this office with an email that was purportedly sent from a treasury official’s private email address containing a number of unsubstantiated allegations,” said the treasury statement.

“National treasury clearly indicated to the M&G that the email in question was a hoax and did not represent anybody’s view within national treasury. The email is not valid. Notwithstanding our assurances, the M&G persisted with their story, refusing to accept that the national treasury is merely pursuing its mandate to ensure proper financial management takes place within government.”

Editor-in-chief Nic Dawes said: “The article was not based solely on the email which the Treasury claims lacks validity. On the contrary, we spoke to senior officials in the department who all expressed grave concern over what they see as a pattern of increasingly politicised decision-making. We stand by our story.”