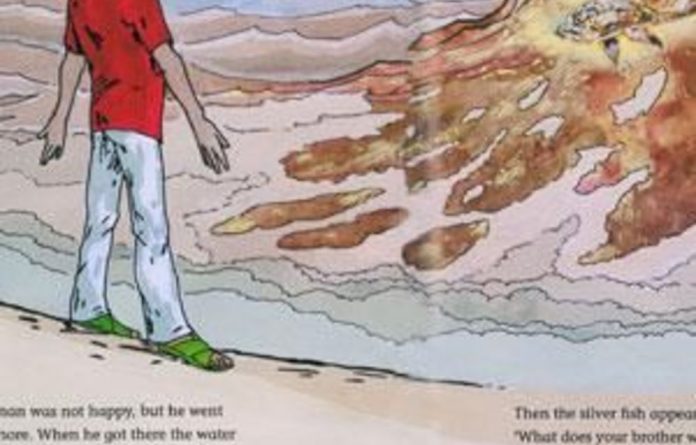 ‘Children’s books,” a local publisher told me plaintively recently, “don’t sell.” Those are very sad words because they sound the death knell of what is already an ailing reading culture in this country. If children do not learn a love of books when they are children they will not read when they are adults.

If the present crop of books from South African publishers is anything to judge by, the local industry has already given up on one section of the young reading population, perhaps the most important — those who are just learning to read and who would enjoy the challenge of “chapter books” written with them in mind.

There are a few, too few, lovely local fiction offerings for the “­read-to-me” generation and an outstanding haul of intelligent, gripping and well-written novels for young adults but, with one not particularly notable exception, no novels for the six to 12 age group.

So, what is on offer?

This sumptuously illustrated book tells the tale of a king penguin captured by fishermen; of his escape and adventures on his journey back to the South Pole. A great fictional introduction to the world of the sea, it features several varieties of penguin, a humpback whale and seabirds, each illustrated and identified on the final page.

An informative activity book that not only offers information about common and uncommon members of the species but also gives young readers an opportunity to colour in the black-and-white illustrations using the colour guide to each animal that is contained in the book. A fun way of learning.

Winner of the Maskew Miller Longman Literature Award for 2011, Stepping Solo is a thought-­provoking novel set in Mpumalanga and dealing with one of the most pressing and tragic problems in today’s South Africa — the plight of the child-headed family. Ketso is worried about passing grade 11. But more pressingly he is also worrying about providing for his three siblings and coping with the problems of his friends. All the while he battles to adhere to the strictures of his late mother to “step solo”, remain independent and retain his integrity and dignity in his battle against the obstacles inherent in a community beset by the ravages of deprivation, violence, alcohol, fear and greed.

Let’s do it by the book