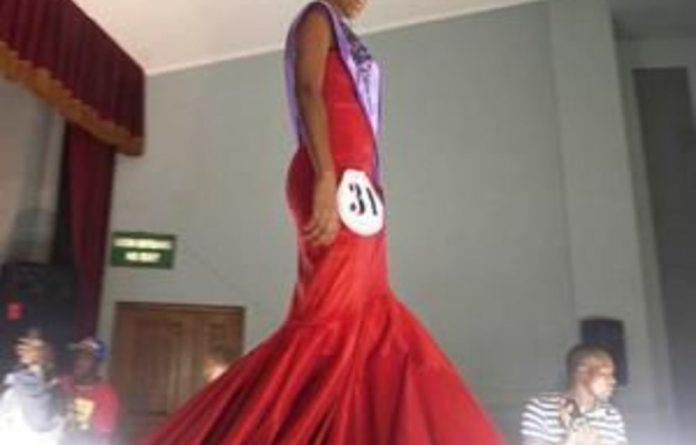 It was the first day of rehearsals at the City Hall in Pretoria and the elegant pageant director, Siphiwe Sibiya, who runs her own modelling company, focused her attention on the contestants.

A dozen young women in shorts and t-shirts were lying on the stage, stretching. Latecomers were asked to run a few laps around the hall, making startling thuds on wooden flooring, before joining the group. Some even straggled in towards the end of the four-hour practice round, arriving from Johannesburg on public transport, dragging oversized suitcases full of clothes behind them.

“Come on, girls, this is not a fashion show, this is a beauty pageant — be confident and be graceful,”

Zimbabwean accountant and entrepreneur Thamsanqa Ncube started Miss Zim-SA two years ago to restore confidence in Zimbabweans living in South Africa — showcasing their talents and attempting to dispel the belief that all foreigners are criminals.

Sibiya urged the women as they strutted across the stage in preparation for the second annual Miss Zim-SA pageant. The inaugural event was held in December 2009 in response to the xenophobic attacks that had swept through the country the year before.

The pageant is the brainchild of the stylish, dark-skinned Thamsanqa Ncube, a Zimbabwean accountant and entrepreneur who has lived in South Africa for more than 15 years. He wanted to restore confidence in Zimbabweans living in South Africa, showcasing their talent and attempting to break through the belief that all foreigners living here are criminals. A pageant displaying the beauty of Zimbabwe’s women seemed the way to go.

“It is difficult for human beings to judge beautiful people or to look at a gorgeous woman and to see them as thieves,” said Ncube.

“People here too often forget the human story — that there are young women, families and people just like me who want a normal life. Empathy and humaneness are too easily forgotten in the mudslinging of politics,” he said.

‘Chance at a crown’
On Friday last week, as the Miss South Africa pageant was gearing up for the grand festivities at Sun City, 13 young Zimbabwean women gathered in Pretoria for their own chance at a crown.

Cars began arriving in droves at 8pm as homeless people prepared their beds on the pavements outside the City Hall. Guests were welcomed on a red carpet and photographed against a wall decorated with the banners of companies that sponsored the pageant. Some men came in their best suits and others wore colourful hip-hop get-ups. Women arrived in stilettos and evening gowns, miniskirts and designer jeans, strutting like proud peacocks, as if they too were part of the pageant.

By the time the DJ connected the wires for the speakers, it was already 9.30pm, and half an hour later the stage-light company finally arrived. Eventually house music began to pump through the hall. The three judges sat together in the front row, next to the lit-up ramp that extended into the excited crowd.

Meanwhile, backstage, the models were preparing for their night in the limelight, applying make-up and putting the final touches to their hair. Several young women, dressed in their pageant casual wear, were quietly meditating, while another gazed at herself in the mirror. Some of the women sneaked out of the room, peeking into the crowd, encouraged by the cheering sounds of the audience.

At 11pm, South African-based Zimbabwean urban-grooves artist Nox, aka Enock Guni, warmed up the audience, crooning slow jams in Shona with the audience singing along. Finally, the contestants appeared on stage and the crowd went crazy.

They wore big-brimmed white summer hats and their own casual wear to showcase their individual style. There were talent shows and glorious evening wear, the contestants all moving to a carefully choreographed dance. But, in the end, only one would be crowned queen.

Beaming in her bright red gown, 21-year-old Vimbai Grace Sithole was named Miss Zim-SA, handed a bouquet of flowers and crowned with a faux-diamond tiara.

She said she would spend the R2 500 prize money on Zimbabwean children living at the Central Methodist Church on Christmas Day. Spoken like a true beauty queen. — Additional reporting by Mandy de Waal

Blackness has a history of assets