Round one goes to Kumba in Sishen battle 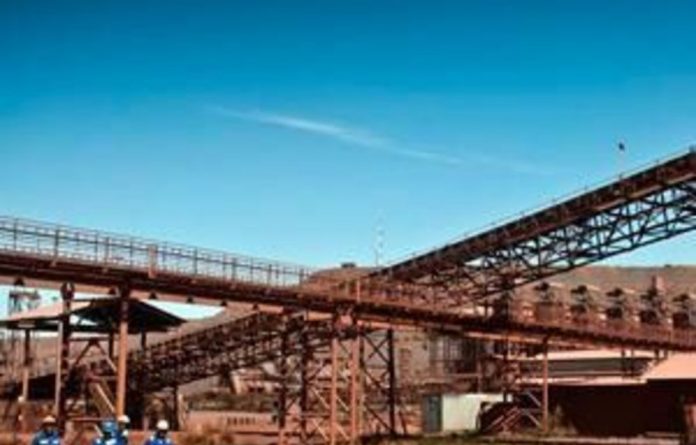 The North Gauteng High Court has ruled that Sishen Iron Ore Company (SIOC) holds 100% of the mining rights over Sishen — the country’s largest iron ore mine.

While Judge Raymond Zondo said the full judgment would only be available on Tuesday, he did indicate that when Kumba Iron Ore (KIO) applied for conversion of the right over Sishen that it was granted the full mining right and there was no such thing as a right to a portion of Sishen.

This effectively means that Imperial Crown Trading (ICT), which is politically well connected, is therefore not a holder of the 21.4% portion of Sishen previously held by steelmaker ArcelorMittal South Africa (AMSA, ACL).

Both Kumba, which is 64% held by Anglo American (AGL) and AMSA had asked the high court to overturn the decision by the mineral resources department to award a prospecting right over the portion of Sishen to ICT.

“We have long held the view that SIOC both applied for and now holds 100% of the mining right over the Sishen mine,” AMSA said in response to the ruling.

“We are pleased that today’s [Thursday] ruling confirms the position that AMSA has always held. Furthermore, the judgment of the high court serves to confirm our view that SIOC remains obliged to supply 6.25-million tons of iron ore to us at cost-plus-3% in terms of our agreement,” AMSA added.

High stakes
Zondo was tasked with adjudicating between competing interpretations of the Minerals and Petroleum Resources Development Act as it applies to jointly held stakes in a single mine.

Zondo’s judgment will have a large impact on the share prices of Kumba Iron Ore and ArcelorMittal, and the personal fortunes of a host of politically connected individuals.

The Act, which came into effect in 2004, gave mining companies five years to convert their old mining rights into new ones. When the conversion deadline passed in April 2009, iron-ore miner Kumba, which held a 78.6% stake in Sishen, had applied to convert its stake. But steel manufacturer ArcelorMittal, which held the remaining 21.4%, had not.

Kumba and politically connected company Imperial Crown Trading 289 raced to acquire the rights to ArcelorMittal’s now-available 21.4% stake, and the department of mineral resources eventually awarded a prospecting right to Imperial.

In August 2010 ArcelorMittal offered to buy out Imperial and incorporate its directors into a new black employment equity (BEE) consortium that included Duduzane and Parekh, also making them instant billionaires.

But ArcelorMittal’s buy-out of Imperial was never consummated and its subsequent appearance before Zondo to argue that Imperial should not have been awarded the right threatened to tear the new-found riches from Imperial’s grasp.

The civil case before Zondo, which was brought by Kumba, concerns whether the department interpreted the law properly and administered the awarding of the prospecting right to Imperial fairly.

It should not to be confused with criminal proceedings kick-started by police raids of Imperial and the department’s Kimberley offices by the Hawks in July. The Hawks are investigating whether Imperial directors or department staff committed forgery by copying parts of Kumba’s application.

Zondo has sifted through thousands of pages of legal papers, poring over the arguments of the four main protagonists, since the court hearing in August.

Kumba
Kumba is opposing the award to Imperial, alleging that in its haste to grab the lucrative stake it had submitted “incomplete, manipulated and fraudulent” documentation to the department.

If Zondo agrees, Kumba will be lords of all they survey with a right to mine 100% of Sishen.

Kumba’s subsequent attempt to acquire ArcelorMittal’s stake was “a very late stab in the back in the dark”, the company argued.

If Zondo agrees, ArcelorMittal will be back in the saddle with a 21.4% stake in Sishen. It will also be in a stronger position to renegotiate a favourable iron-ore supply agreement with Kumba, which the latter cancelled in February 2010.

Imperial
Imperial argues that it was entitled to apply for the 21.4% stake left vacant by ArcelorMittal’s failure to convert its old-order mining right.

It also claims that Kumba prejudiced its right to apply for the stake by doing so a day before ArcelorMittal’s ownership expired. It alleges that Kumba fiddled the dates on its application for the soon-to-be-available stake to steal a march on other potential bidders.

Imperial also argues that it applied for a prospecting right over an area that incorporates more than the immediate vicinity of the Sishen mine and intended converting it into a full mining right in due course.

If Zondo agrees, the net worth of Imperial’s directors will again soar, because they will be free to negotiate with whoever they choose for the best possible deal on the Sishen stake. The criminal case against its directors will also be weakened.

Department of mineral resources
A decision in favour of Imperial would vindicate the department, which argues that the Act provides for the redistribution of mineral wealth to the previously disadvantaged. Former deputy director general Jacinto Rocha was responsible for approving the prospecting right applications.

If Zondo agrees, the department will breathe a huge sigh of relief and feel justified in awarding a prospecting right to Imperial rather than a mining right to Kumba. The criminal case against staff in the Northern Cape regional office who handled both Kumba and Imperial’s applications for ArcelorMittal’s stake is also likely be weakened.

Timeline of events that led to the court case