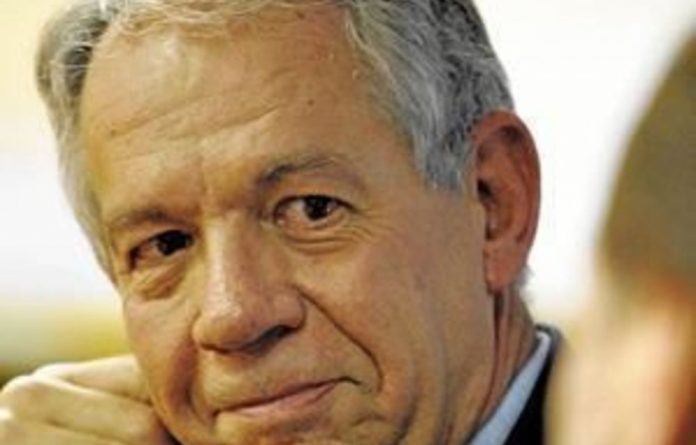 There was mixed reaction from political parties on Thursday over the resignation of newly-appointed Special Investigating Unit (SIU) head Willem Heath.

The African National Congress said it was “regrettable” that Heath had to resign shortly after his appointment.

“In terms of his experience he would have served South Africa better,” ANC spokesperson Keith Khoza said.

“We [ANC], however, accept the resignation because of the unfortunate statement he made [regarding former president Thabo Mbeki], which raised many issues, which were taking focus away from the work he was supposed to do.”

The Democratic Alliance said Heath proved he was “politically tainted” and a supporter of President Jacob Zuma.

“This is unacceptable for someone in that position, as it is vital that in often-sensitive investigations, people must be treated equally and impartially,” DA MP Debbie Schafer said in a statement.

“There would have been no public confidence if Heath was using his position to promote the interests of an ANC faction.”

Compromised integrity
Heath had compromised the integrity of the SIU and resigning was the right thing to do, said Schafer.

The Inkatha Freedom Party said although it welcomed Heath’s appointment last month, it was “mindful” of the “substantial political baggage” he brought with him because of his relationship with Zuma.

“Unfortunately, the storm that erupted following Advocate Heath’s attack on former president Thabo Mbeki, made him no longer suitable to lead the SIU — a position that requires complete impartiality,” IFP MP Velaphi Ndlovu said in a statement.

“We were disappointed to see that when he assumed the role, he immediately started acting like a politician, instead of an independent crime-fighting boss.”

Former national director of public prosecutions Bulelani Ngcuka commended Heath, saying the move was in the best interests of the country and the SIU.

“It was the right thing to do for the president [Zuma] and the minister of justice [Radebe] to prevail on the matter, as it would have been indeed untenable for advocate Heath to continue as the head of the SIU,” he said in a statement.

By Thursday evening Heath could not be reached for comment.

Heath, whose appointment as SIU head was announced on November 29, expressed gratitude to Zuma and Radebe for showing confidence in him by giving him the job.

Zuma was taking steps to fill the vacancy. In the interim he appointed advocate Nomgcobo Jiba as acting SIU head.

In 2008 Jiba was suspended along with Laurence Mrwebi — head of the Specialised Commercial Crimes Unit — after accusations that she was part of a conspiracy to have former Gauteng Scorpions head Gerrie Nel arrested before he could lay corruption charges against former police commissioner Jackie Selebi.

“This is someone who is not a stranger to the NPA, we are certain she will be able to fill the role suitably,” said Tlali.

Heath replaced Willie Hofmeyr as SIU head. He was first appointed by former president Nelson Mandela in 1996 to establish the SIU. Heath however resigned in 2001 after the Constitutional Court found a sitting judge could not head a long-term investigating unit.

The City Press reported that Mbeki, who was president at the time, refused to grant Heath an early retirement. As a result he had to resign, a decision that, according to Heath, left him a “pauper”. — Sapa