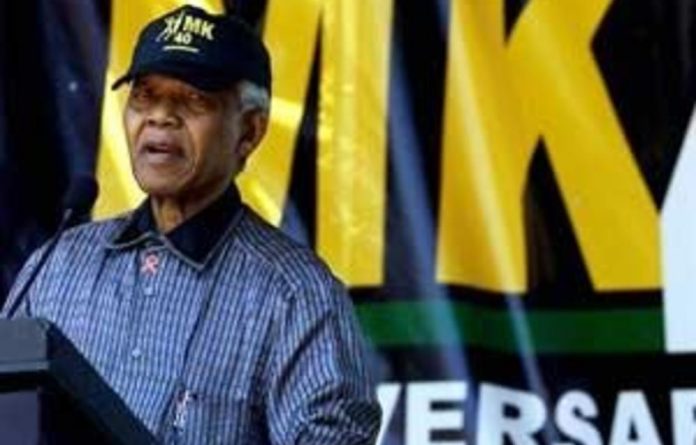 “Today we mark 50 years of existence but my heart bleeds when I see the majority of our heroes languishing in poverty”, said Kebby Maphatsoe, the chairman of MK Military Veterans Association.

“While we acknowledge the progress … by government to improve the lives of ex-MK soldiers, many of our people seem to have fallen through the cracks”, Maphatsoe told the 16 000-strong crowd gathered in a Soweto stadium.

The MK, or ‘Spear of the Nation,’ was the armed wing of the African National Congress, the continent’s oldest liberation movement. Former South African president Nelson Mandela was its first commander-in-chief.

The MK established secret training camps in neighbouring African states and the Soviet Union and carried out attacks on key state properties in the country. Others fought with liberation armies in Zimbabwe and Mozambique.

The MK was disbanded by Mandela after he came out of prison in 1990 and integrated into the South African defence force by 1994, the year white minority rule ended. — Sapa-AFP