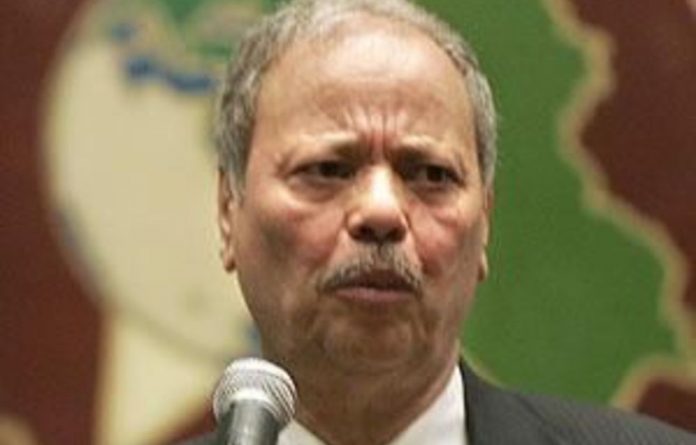 The Arab League said on Saturday that it expects Syria to agree soon to allow observers in to monitor the protection of civilians.

At the same time, Baghdad announced that an Iraqi delegation was in Damascus for talks over a peace initiative and Tunisia was hosting a meeting of Syrian opposition groups.

Speaking ahead of an Arab League ministerial meeting on the Syrian crisis being held in Qatar, Ben Helli said “there are positive signs … I expect the signing will happen soon”.

Talks to continue
Saturday’s meeting had originally been scheduled to take place in Cairo alongside a now indefinitely postponed emergency foreign ministers’ meeting.

Ben Helli said the Syrian side would not be attending, but that Saudi Arabia would be represented, in addition to Algeria, Egypt, Oman, Sudan and host Qatar.

Saudi Foreign Minister Prince Saud al-Faisal is in Doha for the meeting.

Announcing the postponement on Thursday, Ben Helli said talks would continue with the Syrian government to try to convince it to implement an Arab plan to end the bloodshed.

On November 27, the Arab League approved a raft of sanctions against the Damascus authorities to punish their failure to heed an ultimatum to admit the observers.

Opening dialogue
But on Sunday, Syria said it would allow the mission in on certain conditions.

In a letter to the Arab League chief Nabil al-Arabi, Foreign Minister Walid Muallem set a number of terms, notably the withdrawal of the sanctions.

Meanwhile, an Iraqi delegation arrived in Damascus to present a proposal by Baghdad to end months of unrest, two days after Prime Minister Nuri al-Maliki said he would present an initiative to Damascus.

The initiative is aimed at opening a dialogue between the opposition and the Syrian government to reach a result that satisfies both sides.

The proposed resolution strongly condemns violence by “all parties, including disproportionate use of force by Syrian authorities”.

It also raises concern over the illegal supply of weapons to the armed groups in Syria.

Russia said it would not be calling for negotiations in the UN Security Council before Monday.

Tunisia, meanwhile, is hosting a three-day meeting of Syrian opposition movements formed before and since the launch of the uprising, which the United Nations says has left 5  000 people dead.

‘Enough deadlines’
On Friday, 19 civilians were shot dead by security forces, the Syrian Observatory for Human Rights said, as hundreds of thousands protested to condemn the Arab League for failing to take tougher action against the regime.

“The Arab League is killing us — enough deadlines”, was the slogan of the protests.

The observatory said more than 200 000 protested in the besieged central city of Homs alone, venting their frustration at the Arab League.

Demonstrators also took to the streets of Damascus and the protest hubs of Daraa, Deir Ezzor and Hama, according to the Local Coordination Committees, which organises the protests. — Sapa-AFP