Mathale takes a swipe at Zuma and Mantashe 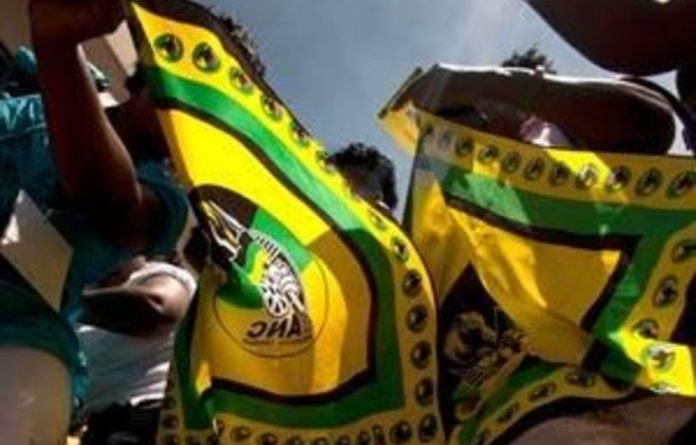 Limpopo premier and ANC provincial chairperson Cassel Mathale, one of the candidates for head of the ANC in Limpopo speaking at the province’s elective conference on Saturday, has taken an indirect swipe at President Jacob Zuma and ANC secretary general Gwede Mantashe for attempting to “depoliticise and liquidate” the ANC Youth League.

“Our youth must remain militant revolutionaries with a clear cause and they should oppose any attempt to depoliticise or liquidate them. Any attempt to render the youth league redundant will be counter-revolutionary,” said Mathale to loud applause from delegates attending the ANC provincial conference at the University of Limpopo.

Mathale was referring to the recent decision by the ANC’s National Disciplinary Committee to suspend ANC youth league president Julius Malema and his cohorts.

Some in the ANC have complained that the charges against youth league leaders were driven by those opposed to policy and leadership changes proposed by the league. The youth league, in its submission to the ANC’s appeals committee, has argued that charges against its leaders was part of an agenda set by Zuma and his supporters to side line the youth league and reduce it to a mere desk ahead of the ANC’s elective conference in 2012.

Zuma and Mantashe were clear targets at the Limpopo ANC conference as members carrying placards denounced their leadership and called for change at the ruling party’s elective conference in Mangaung.

Rape trial = lack of judgment
Dozens of pro-Mathale delegates sang anti-Zuma and anti-Mantashe songs, including their signature tune in which they held their hands above their heads to signify a shower sign, in reference to Zuma’s rape trial in 2006 where he told the court that he took a shower after having sex with an HIV-positive woman, who was the daughter of a close comrade.

However, some in the ANC are now using the rape trial to demonstrate Zuma’s lack of judgment as a leader and are demanding that he should be replaced by his deputy Kgalema Motlanthe at the party’s crucial elective conference in Mangaung, Free State in 2012.

The ANC spared Zuma the embarrassment and insults from angry delegates by sending Motlanthe in his place to open the explosive provincial conference.

Mathale said instead of purging youth league leaders, the ANC should focus on strengthening its political education to prepare the young lions to become better ANC leaders in future.

“As the ANC, we must ensure that the youth league produce quality leaders who will be of great value not only to the movement but [also to] the country and the continent as a whole. We must give the youth league the necessary space to think on its own and to articulate its views without fear or prejudice. We must not sponsor the youth league with ideas. It must generate ideas on its own that address the future of the youth. Where the youth league has committed grave mistakes, corrective measures must be employed to show them the way, but not draconian measures. It is not in our best interest to have [a] youth league that cannot bring new ideas in the ANC. We must try to redefine the militant character of the youth league, for that will not be in our broader interest.”

Mathale also raised concerns about “foreign tendencies” in the ANC, including the rise of tribalism and warned that if this is not addressed, “it will eat away [at] this movement like cancer and also degenerate our glorious movement into a calamity that will negatively affect not only South Africans, but Africans as a whole.”

Said Mathale: “The ANC since its birth has never advocated or promoted the politics of ethnicity. Ethnic tendencies in the ANC were fought and condemned very harshly in structures of the movement. Any comrade who is motivated by politics of tribalism is an impending catastrophe to the foundation upon which our movement was found 100 years ago.”

Mathale added that the tendency to use the tribalism ticket to lobby for positions in the ANC was a danger to the movement.

Voting starts later
Some delegates at the conference were said to be supporting candidates along regional and ethnic lines and, according to some, this was said to be spreading nationally within the ANC, with KwaZulu-Natal and the Eastern Cape being used as an example to illustrate the point.

Mathale is facing a strong contest from Deputy Arts and Culture Minister Joe Phaahla, who is supported mainly by the Vhembe and Waterberg regions. Phaahla is also enjoying support from the provincial structures of the Congress of Trade Unions (Cosatu) and the SA Communist Party.

Mathale is supported by Sekhukhune, Peter Mokaba and the Mopani regions. He also enjoys support from the ANC Youth League, the ANC Women’s League and the ANC Veterans League.

The voting for the top five leadership positions is expected to start late on Saturday and the results will be announced on Sunday morning.