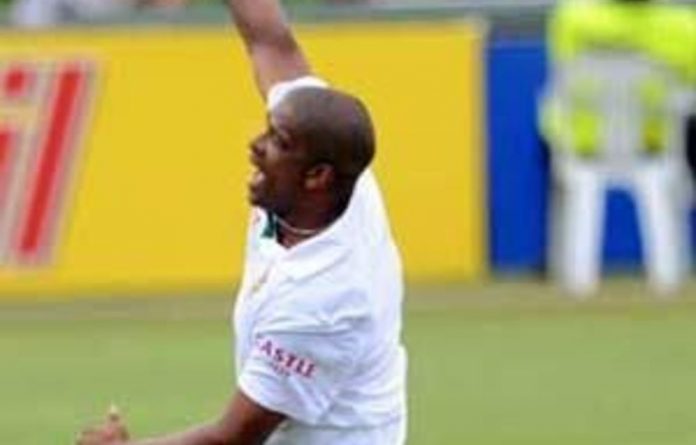 South Africa went one-up in the three-Test series, beating Sri Lanka by an innings and 81 runs on the third day of the opening Test at SuperSport Park, in Centurion, on Saturday.

Seamer Vernon Philander, who was named Man of the Match, took his second five-wicket haul of the match, returning 5-49, after his 5-53 in Sri Lanka’s first innings.

The visitors offered little resistance after being dismissed for 180 in the first innings and 150 in the second with most of the wickets being taken behind stumps.

The inning started with seam bowler Dale Steyn on a hat-trick and the Proteas all going up for a leg before wicket appeal off his first ball of the innings to Tharanga Paranavitana.

The South African skipper asked for a referral but hawk-eye technology showed the ball was missing leg stump.

Caught the edge
Paranavitana survived a second appeal in the next over when he had a leg-before decision overturned but neither of the openers lasted much longer and both fell on the same score of 11.

Captain Tillakaratne Dilshan (6) played down the wrong line to a ball from Philander, which straightened just enough to catch the edge to wicketkeeper Mark Boucher.

After beating the batsman several times outside off-stump, Steyn finally found the edge of Paranavitana’s bat to have him caught behind by Boucher for four.

The man who knocked Jacques Kallis off his perch as number one Test batsman in the world, Kumar Sangakkara (2), suffered the same fate as the two previous batsmen, when Philander got the ball to nip away from the bat into Boucher’s gloves.

Disaster continued to plague the Sri Lankans as Mahela Jayewardene (15) was run out going for his 10 000th Test run.

Fury
He did not disguise his fury, perhaps at himself for chasing the landmark, or at his batting partner, Thilan Samaraweera, who was charging down the pitch.

Angelo Mathews (5) and top-scorer Samaraweera (32) were both dismissed in similar fashion, by Philander and Morkel respectively, with Boucher diving to his right to bag another two catches.

Steyn finished with 2-36 while Morkel and Tahir took a wicket apiece.

Earlier, South Africa were bowled out for 411, setting a hefty first innings lead of 231 runs.

Boucher, on 49 overnight, hit a boundary off the first ball of the morning to reach his 35th half-century and, together with Imran Tahir, the pair added 61 runs for the 10th wicket.

It was a record last-wicket stand for the Proteas against Sri Lanka, and Tahir’s highest Test score as he finished unbeaten on 29 with his innings including five boundaries.

Resuming on 389/9, South Africa batted for 18 minutes before Boucher (65) was dismissed, caught behind by wicketkeeper Kaushal Silva, giving Chanaka Welegedara his third wicket of the match. — Sapa