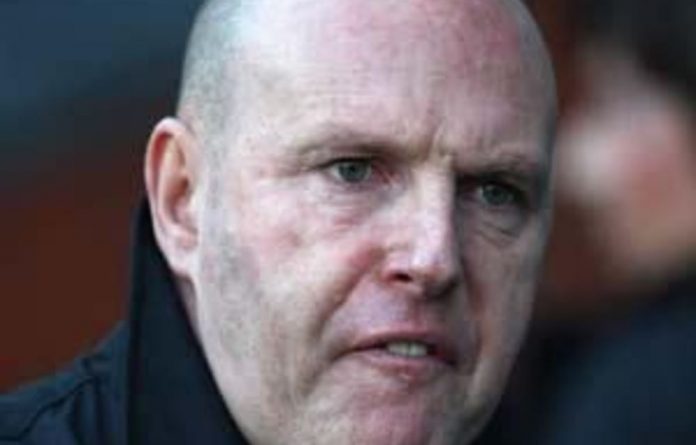 Blackburn Rovers’ manager Steve Kean admits he faces the sack unless his struggling side can climb out of the Premier League relegation zone.

The beleaguered boss has already been subjected to several protests from angry Rovers fans and the jeers got even louder after a result that left Kean contemplating a miserable first anniversary of his appointment.

Kean (44) has so far enjoyed the support of Rovers’ owners Venky’s, but even he admits the Indian poultry tycoons may be thinking again after this dismal display.

“I need to get points,” Kean said. “I’m under no illusions that my job is based on us being in a much better position than where we are now. But I’ll make sure I prepare the team right and that we show some courage, get on the ball and get some points in the coming games.”

‘Disappointed’
James Morrison had given Albion the lead early in the second half before Scott Dann’s scrambled equaliser, but the visitors always looked more likely to score again and Odemwingie delivered with a clinical finish.

Rovers have won only twice in the Premier League this term and seven times in the top-flight in total since Kean was selected as the surprise choice to replace Sam Allardyce.

They remain 19th in the table and Kean knows that if the team’s fortunes do not change soon, his tenure might not last much longer.

However, he remains adamant he can turn things around for Rovers and is already firmly focused on Tuesday’s crunch home clash with rock-bottom Bolton.

“The crowd, like the staff and players, are disappointed,” Kean said.

“I think we all feel the same — we want to win at home and get ourselves out of the position we are in, so I can understand why the fans are not happy — nobody is happy. We are disappointed today, but we look forward to playing Bolton because we feel as though we can turn it around.”

He added: “I have a good dressing room and when things are said, [the players] take it on the chin. They respond, they back each other up, and we’ll have to do that on Tuesday. We want to be getting the last-minute goal and going home with everyone happy … We just have to make sure everyone is smiling on Tuesday evening.” — Sapa-AFP