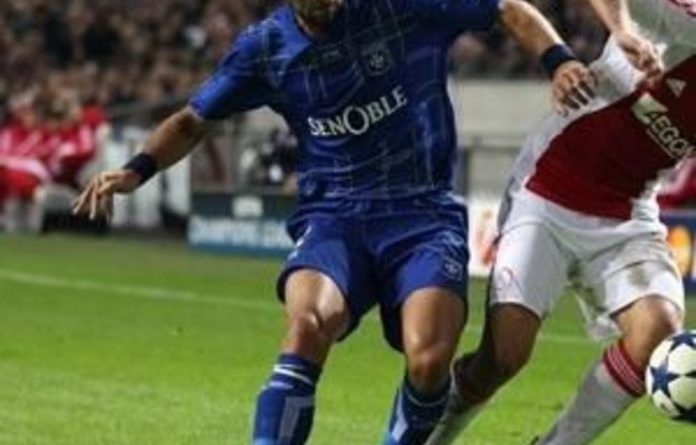 The President of France’s Professional Football League (LFP), Frederic Thiriez, has called for an investigation into claims that Auxerre’s Kamel Chafni was racially abused.

Chafni was sent off following an altercation with the assistant referee, Johann Perruaux, in the 55th minute of Auxerre’s 1-0 loss at Brest in the French top flight on Saturday.

The midfielder had to be restrained by his team-mates, as well as players from Brest, and as he left the pitch, following a delay of five minutes, he told television cameras he had been the victim of racist abuse.

“The LFP president has spoken with the Auxerre President, Gerard Bourgoin; the director of national refereeing, Marc Batta; and the referee from the match, Tony Chapron,” according to a statement.

“Frederic Thiriez has demanded the opening of an inquiry in order to shed light on this affair as quickly as possible.”

‘Serious incident’
Bourgoin had called for an investigation immediately after the match on Saturday.

“There was a serious incident and the player has sworn on his honour,” Bourgoin told reporters.

“It appears that the official told him: ‘Sod off, Arab.’ If that’s the case, it’s very serious. I didn’t hear it personally, which is why I’m going to ask the league to open an inquiry. If we’re not successful, the boy will make a formal complaint.”

Bourgoin also claimed that players from Brest had verified Chafni’s version of events, but Chapron later insisted that there had been no racist remarks made by Perruaux.

“I refute any accusation concerning these words. I know him too well for him to have said these words”, said Chapron.

“For many reasons — I know him and I know that two years ago, this lad was with me in Benin to train referees in that country. If he was a racist, I would have been very surprised that he came with me.” — AFP