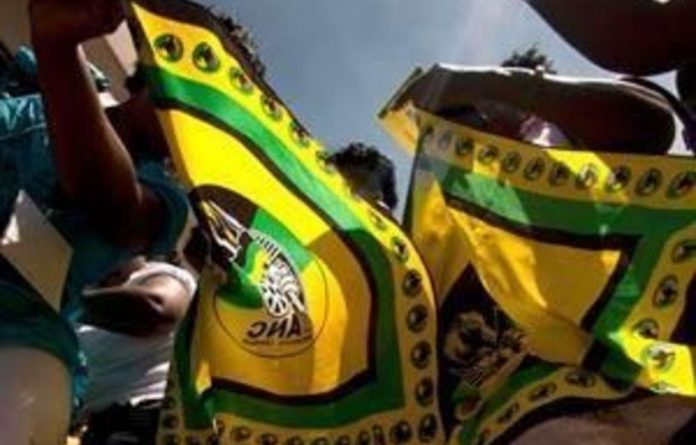 The ANC in Limpopo has voted Cassel Mathale as the head of its new leadership at the seventh provincial conference at the University of Limpopo’s Turfloop campus.

Voted in as deputy chairperson was Dickson Masemola, the secretary is Silviette Lekganyane and the treasurer is Pinky Kekane.

Mathale’s supporters started celebrating in the early hours of Sunday morning before the announcement, apparently after receiving text messages that informed them of their victory.

After the official announcement was made, they were heard singing and ululating.

Credible
Phaahla supporters were nowhere to be seen at the venue.

‘I’m feeling okay. Delegates have expressed their views and the election has been okayed by the National Executive Committee as being free and fair,” said Phaahla.

Mathale said the outcome of the conference was credible. This was amidst allegations that some ANC Youth League members were duplicating election name cards on Saturday at a local printing shop.

Mathale denied the outcome would divide the province, saying an elective conference was all about preference.

“We are happy with the outcome. It was expected,” provincial secretary Maleke Mokganyetsi said of the results.

‘Tribal politics’
Mathale, in an address on Saturday, slammed those within the ANC who were supporting candidates along regional and ethnic lines.

“ANC members should speak in one voice against those who might be preaching politics of tribalism,” Mathale told over 1 000 delegates.

“Any comrade who is lobbying for positions in the ANC, basing his motivation on tribalism, is a danger that must be prevented.”

Mathale is facing strong contestation for his position from Phaahla, who is apparently supported mainly by the Vhembe and Waterberg regions.

Phaahla is also reportedly enjoying support from the provincial structures of the Congress of South African Trade Unions and the South Africa Communist Party.

Mathale is apparently supported by the Vhembe and Peter Mokaba regions, the youth league, women’s league and the veterans’ league.

Mathale said it was unacceptable for a tribal group to ever claim it led the movement.

‘Broader interest’
“Also no tribal group must ever think that it is its time to lead and therefore space must be created for them. Leaders should be elected based on their capabilities and competence.”

He said that since its birth, the ANC had never advocated the politics of ethnicity.

“It will be difficult, if not impossible to achieve unity and cohesion within our ranks in the event that we prioritise politics of factions, tribalism or regionalism.”

Mathale also called on the ANC to give its youth wing space to think on its own and to articulate its views.

“It is not in our best interest to have a youth league that cannot bring new ideas in the ANC. We must not attempt to redefine the militant character of the youth league for that will not be in our broader interest.”

Mathale also said the league must not be condemned for demanding an equitable share in the wealth of the country through an idea like nationalising the mines.

“Throughout its nearly 100 years of existence, the movement has always been guided by the objective of liberating black people from political and economic bondage,” he said.

Nationalisation
“The economy of this country is still dominant[ly] in the hands of the white minority.”

Suspended league president Julius Malema, who arrived at the University of Limpopo’s Turfloop campus with a group of Mathale supporters singing anti-President Jacob Zuma songs, has been spearheading a call for the nationalisation of mines amidst criticism from opposition parties and civil society movements representing farmers.

The government has consistently indicated that nationalisation is not government policy.

Mathale, however, said after intense discussions in the last provincial general council they agreed with the youth league’s stance on the issue.

“We have always believed that the mineral wealth beneath our soil is the national heritage of our people. [They] must enjoy direct benefit of all mining proceedings.”

Mathale said the “young lions” were taking initiative by reminding the movement of its historic obligations and resolutions.

“The youth league must not be condemned or called names for speaking the language of the ANC,” he said.

Assault
A photojournalist was assaulted on the sidelines of the elective conference when he went to investigate the alleged printing of duplicate voting tags by ANC Youth League members on Saturday.

Freelance journalist Chester Makana said he was hit with a brick on the head as two men — one of whom he said he could identify — stormed out of the printers on Thabo Mbeki Road, forcing him to stop taking pictures.

“They came out and asked why I was taking pictures. Then they started attacking me. It was bad,” said Makana, whose bruised head was evidence of the attack.

He had been tipped off about the alleged duplication printings as delegates sat in closed sessions which would culminate in the election of leaders in a heated battle that sets the foundation for the ANC elective conference in Mangaung next year.

Makana said the two men grabbed his camera and destroyed his memory card before chasing him away at 4pm.

He then went to a police station to open a case against his attackers.

On the case
Provincial police spokesperson Brigadier Hangwana Mulaudzi confirmed that a case of assault and malicious damage to property was registered at a police station.

“We’ve already identified the perpetrators and are looking for them. We will find them and they will be arrested,” said Mulaudzi.

ANC provincial spokesperson David Masondo said he was made aware of the incident and that internal investigations were underway.

“We take this very seriously. If the person[s] concerned are found guilty by the internal disciplinary committee, we will act decisively,” said Masondo.

“We appreciate the fact that the journalist opened a case. We will let the law take its own course.”

The Independent Electoral Commission started printing ballots just after 11pm with delegates expected to start voting for their top five as soon as that process is done.

Results were expected to be announced on Sunday morning. — Sapa