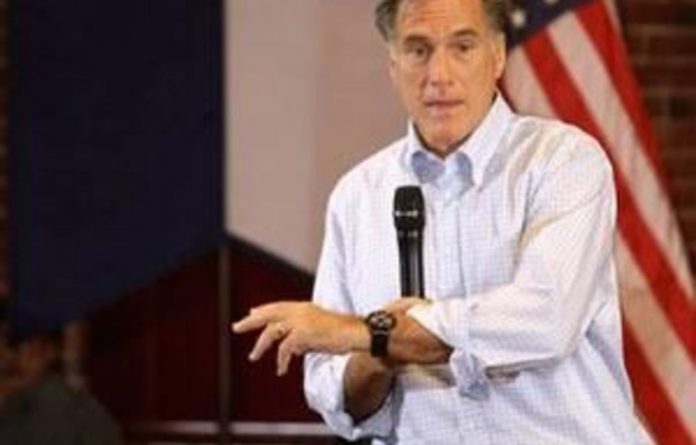 Republicans are trying to thrash out a strategy to win more votes from the demographically critical and diverse group of US Hispanics — without alienating the party’s conservative base.

A sky-high 73% of Hispanics — the largest US cultural minority — have a negative view of the Republicans, pollsters Latino Decisions said this week, after three years of failed efforts in Congress to iron out an immigration reform plan.

“We realise that Hispanics are an important part of both the primary process and the general election process,” said Ryan Williams, a spokesperson for the campaign of former Massachusetts governor Mitt Romney.

“We’re committed to reaching out to them and discussing Governor Romney’s messages on jobs and economy,” he added.

More than 60% of US Hispanics are of Mexican origin or descent, with other large communities from Central American nations, Puerto Rico, Cuba and the Dominican Republic.

Living in the shadows
Increasingly more have come from South American nations like Colombia, Peru and Bolivia. Because the group is so diverse — with different social, linguistic, religious and economic priorities linked only by Spanish colonial cultural ties — it is hard to target as an electoral force.

One key issue that ties together US Hispanics is that of immigration. Some 11-million illegal immigrants are estimated to live in the shadows in the United States, and recent attempts to try to legalise their status — including by veteran Republican Senator John McCain — have all failed.

Past decades of economic growth fuelled a ‘look the other way’ mind-set on enforcing US immigration laws.

But that has appeared to change since the September 11 terror strikes and as the US economy spiralled into recession in 2008.

Despite a fragile economic recovery, unemployment rates remain stubbornly high and illegal immigrants have been accused by some of taking American jobs.

Democratic President Barack Obama, whose historic 2008 White House victory was aided by winning over the Latino vote, has tried to work on outreach to Hispanics. But without full control of Congress, he has not delivered on his pledges of immigration reform.

Now Republican presidential candidates, vying to take on Obama in the November 2012 presidential election, are seeking to win their share of the Hispanic vote.

Romney and former House of Representatives speaker Newt Gingrich, who lead the polls in the bid to be the party’s presidential nominee, have both argued that Hispanic Americans encounter the same difficulties as other Americans.

Gingrich, in an address in New York State this month, said: “My basic approach is first of all the economy — the Latino community is very hard-working, they take care of their families”.

In contrast, Romney has taken a tougher tack, saying that granting amnesty to immigrants already living in the United States “is a magnet” for more illegal immigration.

But his spokesperson, Williams, insisted Romney “doesn’t support massive roundups. We need to enforce the law; we need to make sure we have the [policies] in place that encourage legal immigration.”

For decades, Cuban-Americans who fled their country during the Cold War were the most fervent Hispanic supporters of Republicans.

But now even they do not identify closely with the more conservative US party long seen as more staunchly anti-communist than its Democratic rival.

And though Cuban-Americans are just a small percentage of US Hispanic Americans, their influence in the Florida election — often key to the White House race — has been an important factor for decades. — Sapa-AFP

Lawsuit accuses US of ‘inhumane’ treatment of detained migrants

Outlook improves for US immigration deal