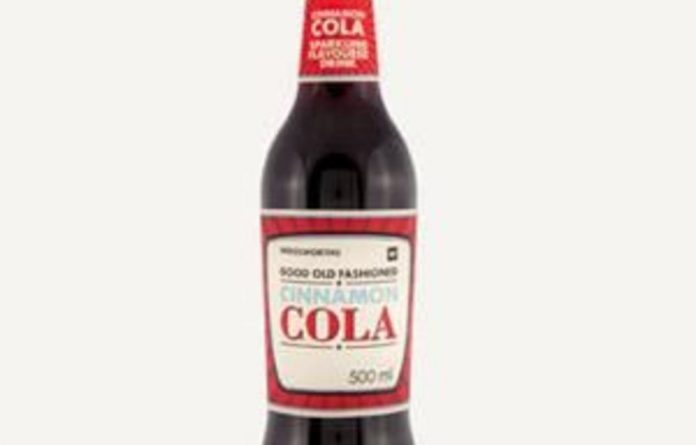 Frankie’s Olde Soft Drink Company has caused a stir this week alleging that major retailer, Woolworths, has plagiarised their packaging and flavours.

Mike Schmidt, co-owner of Frankie’s, which was founded in 2006, said his company was the first to re-introduce root beer into South Africa since the 1960s. He also said several unique flavours, such as cinnamon cola and fiery ginger beer, were “directly and blatantly” copied by Woolworths.

Infuriated, he has laid a complaint with the Advertising Standards Authority (ASA).

In November, Woolworths introduced their new range to stores around the country, which are packaged in near-identically shaped bottles with candy-striped labels.

Schmidt said the products bear design elements of such close resemblance “even regular Frankie’s consumers could not be criticised for their confusion between the beverages”.

But the primary bone of contention, he said, is that Woolworths’ new range includes the phrase “Good Old Fashioned” — one which is firmly associated with Frankie’s and has been used in its marketing for years. The complaint to the ASA asks only that this phrase be removed from the Woolworths products.

But Zyda Rylands, Woolworths managing director of food, said the allegations against Woolworths are unfounded. “We have not infringed any copyright, intellectual property nor registered trade mark.”

Old fashioned drinks are not a new concept, she said. “Flavours such as creme soda, ginger beer and cola are used by a number of soft drink manufacturers and no one company owns the rights to these flavours, and therefore the use of these names.”

Rylands said the shape of the bottle is different. “We do not believe that Woolworths range resembles Frankie’s soft drinks.”

Woolworths claim to have used the nostalgic or vintage design concept for many years in a range of products. “Our designs were inspired by a retro feel, which is a growing trend internationally in retail. We were also inspired by Woolworths products from the mid-20th century.”

But Owen Dean, partner at Spoor & Fisher, a leading South African intellectual property legal firm, said Frankie’s could be successful under a branch of common law known as passing off, which is often used to enforce unregistered trademarks. “If Frankie’s can show that it has a reputation [built around its packaging and flavours] and that Woolworths has copied it, they could be successful.”

The ASA is another avenue as its code also embraces the principles of passing off. “If they can show that the shape of the bottle, the flavour or the slogan of the Woolworths product has caused people to think there is some link or association with Frankie’s, then they have a case,” Dean said.

Schmidt said the public reaction, like that on Twitter, has shown that the public have clearly been misled. “I firmly believe that, had Frankie’s been a bigger company, Woolworths would never have tried this,” he said.

The mayor, her relatives and their friends keep landing lucrative tenders and using state resources. Yet Lindiwe Makhalema has failed to declare the list of her relationships with people and companies benefiting from the municipality
Read more
Business

Where does all the food (waste) go?

The financial sector has been accused of being hysterical about amendments to the law. But there are some genuine concerns
Read more
National

By joining forces with the New National Party, the DA set itself up from the start to bear the racism tag
Read more
Business