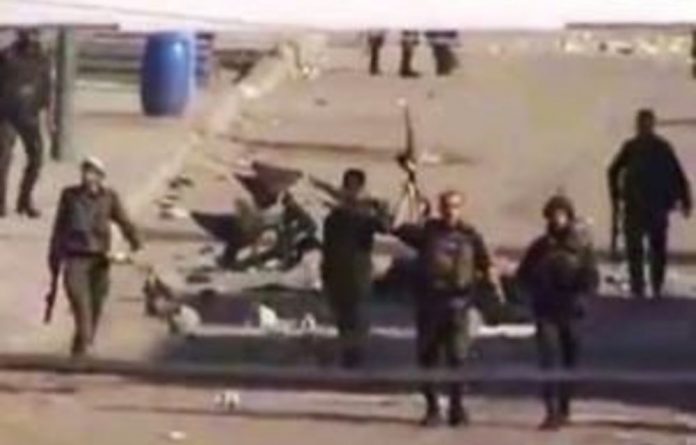 Fierce fighting has continued in the northern Syrian province of Idlib, with activists saying nearly 50 people were killed there and elsewhere on Tuesday, shortly before officials arrive to prepare for an Arab League effort to end nine months of bloodshed.

The British-based Syrian Observatory for Human Rights said 23 people were killed in fighting with President Bashar al-Assad’s forces in the northern province of Idlib and 14 members of his security forces died in a rebel ambush in the south. The overall death toll on Tuesday was at least 47, it said.

Idlib, on Syria’s northern border with Turkey, has seen fierce fighting recently. The Observatory reported that security forces machine-gunned soldiers deserting their army base there on Monday, killing more than 60 and said rebels had damaged or destroyed 17 military vehicles since Sunday.

Arab League Secretary-General Nabil Elaraby said in Cairo that an advance team would go to Syria on Thursday, with the 150 monitors due to arrive by end-December.

“It’s a completely new mission … and it depends on implementation in good faith,” he said.

Emboldened demonstrators
Syria stalled for weeks before signing a protocol on Monday to accept the monitors who will check its compliance with an Arab plan for an end to violence, withdrawal of troops from the streets, release of prisoners and dialogue with the opposition.

“In a week’s time, from the start of the operation, we will know [if Syria is complying],” Elaraby said.

Syrian pro-democracy activists are deeply sceptical about Assad’s commitment to the plan, which, if implemented, could embolden demonstrators demanding an end to his 11-year rule.

France said it hoped the monitors could carry out their mission quickly. But it also said Assad had a record of broken pledges and that Monday’s violence showed there “isn’t a moment to lose”.

“For months we have seen Bashar al-Assad not keep to commitments he made to his people and he has increased his efforts to play for time in the face of the international community,” foreign ministry spokesperson Bernard Valero said.

In a show of military power, state television said on Tuesday the air force and navy both held live-fire exercises aimed at deterring any attack on Syria by land or sea.

The Syrian authorities have made it hard for anyone to know what is going on in their troubled country. They have barred most foreign journalists and imposed tight curbs on local ones.

The British-based Observatory said three more people had been killed in violence on Tuesday, two in the city of Homs and one in a village in Idlib province, the scene of a sustained military crackdown in the past three days.

SANA said a captain in the security forces had died of wounds inflicted by “terrorists” a week ago in the city of Hama.

Arab Spring
The UN has said more than 5 000 people have been killed in Syria since anti-Assad protests erupted in March, inspired by a wave of uprisings across the Arab world.

Several weeks ago Damascus said 1 100 members of the security forces had been killed by “armed terrorist gangs”. An armed insurrection against Assad has gathered pace since then.

Syria agreed to the Arab peace plan in early November but the violence raged on, prompting Arab states to announce financial sanctions and travel bans on Syrian officials.

The US and EU have imposed sanctions on Syria, which combined with the unrest itself have pushed the economy into a sharp decline. The Syrian pound fell nearly 2% on Tuesday to more than 55 pounds per dollar, 17% down from the official rate before the crisis erupted.

Arab rulers want to halt a slide towards a possible civil war in Syria that could shake a region already riven by rivalry between non-Arab Shi’ite power Iran and Sunni Arab heavyweights such as Saudi Arabia. — Reuters

Erika Solomon
Correspondent for the Financial Times, currently on book leave. RT, favorites not endorsements. Erika Solomon has over 5838 followers on Twitter.