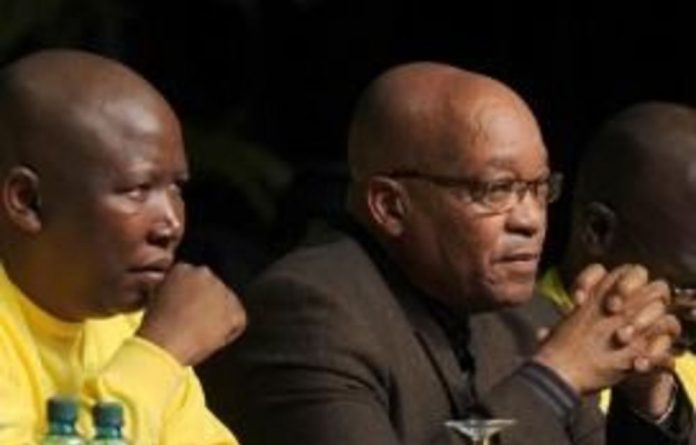 As the headlines focus on the apparent political lifeline ANC Youth League leader Julius Malema received over the weekend, little has been made of the boost to his controversial policies.

Malema’s election to the Limpopo ANC’s provincial executive committee (PEC) means little, especially if his suspension is upheld. He will not be allowed to occupy any position in the ANC.

The embattled youth leader was suspended from the ANC for five years in November after he was found guilty of undermining ANC leadership and sowing division in party ranks.

He is now awaiting a review of the decision by the ANC appeals committee.

Mathale’s re-election has been broadly interpreted as a minor coup not only for Malema but also for the drive to replace President Jacob Zuma as ANC president in Mangaung next year.

But, if anything, the conference indicates Malema’s drive for mine nationalisation and land expropriation lives on.

Policy traction
Limpopo marks the first time an ANC provincial structure has formally called for his policies to be implemented.

The final conference declaration calls on all productive land to be nationalised with compensation to be determined through state evaluation.

So while Malema’s time in the spotlight might be drawing to a close, his move to “liberate” the South African economy continues.

“We always knew there is a greater consensus on nationalisation within the ANC. At the end of the day it is definitely going to become government policy and Limpopo shows that,” youth league spokesperson Floyd Shivambu told the Mail & Guardian.

Malema’s closed session call for the succession debate to be formally opened in the ruling party is even further evidence of his political manoeuvring continuing unabated.

It is however foolish to assume that Malema acts alone. His greatest ally, Sports Minister Fikile Mbalula, may have been absent in Limpopo but he is certainly among the group wishing to replace Zuma with Kgalema Motlanthe in 2012.

Tried but not tested
Nonetheless, the force of the call for radical policy change is yet to be properly tested.

While Limpopo’s affirmation of the call for nationalisation is an important development, only time will reveal the true extent of its significance.

It is doubtful whether the ANC in provinces such as Kwazulu-Natal and the Eastern Cape will come out in support of policies associated with Malema, both being Zuma strongholds and enjoying larger voting numbers than Limpopo.

Moreover, Ebrahim Fakir, political analyst at the Electoral Institute for the Sustainability of Democracy in Africa said ANC voting blocs like Limpopo do not necessarily indicate a unanimity in the party as a whole.

“Limpopo’s detachment from meaningful economic policies lends them to be used in the pursuit of narrow party or sectorial interests rather than what’s in the public interest,” Fakir told the M&G.