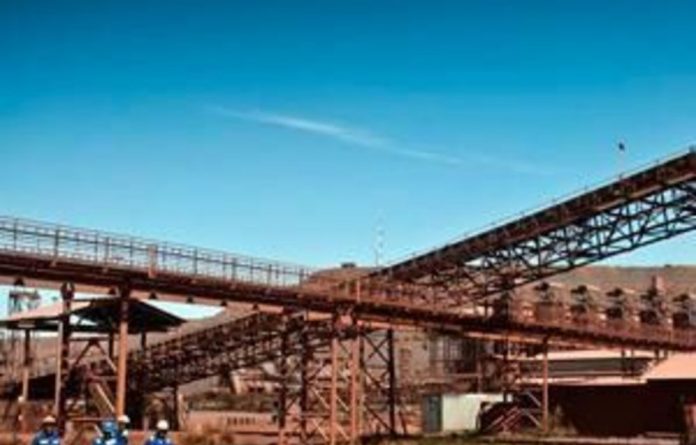 Commenting on the North Gauteng High Court judgement in relation to the undivided Sishen mining rights, ArcelorMittal said on Wednesday that it was of the view that Sishen Iron Ore Mining Company Limited (SIOC) was obliged to continue the supply of iron ore in terms of the existing agreement.

The court rendered a decision on the matter last week but its full judgement was only released on Wednesday.

ArcelorMittal was joined in the application at the request of SIOC. ArcelorMittal's argument was that SIOC has held a 100% mining right since May/June 2008 when it applied (in December 2005) to convert its old order mining right into a mining right under the Minerals and Petroleum Resources Development Act (MPRDA).

Judge Raymond Zondo agreed with ArcelorMittal's assertion that SIOC was granted a 100% mining right in accordance with the MPRDA. His judgment stated that, "….AMSA (ArcelorMittal South Africa) has been successful and must be granted the main orders that it seeks, if not all the orders it seeks".

"ArcelorMittal South Africa therefore believes his ruling confirms the view that SIOC has an ongoing obligation to supply the 6,25Mt of iron ore at cost plus 3% in terms of the existing, valid and legally-binding, agreement," the steelmaker said.

"The court has therefore set aside the grant of the prospecting right by the [department] to ICT," ArcelorMittal said.

Nonkululeko Nyembezi-Heita, ArcelorMittal South Africa's chief executive officer, said: "Our assertion has been that when SIOC converted its old order mining right in 2008, it did so in relation to 100% of the iron ore on the Sishen mining area. Our case was that no other party, including ArcelorMittal South Africa, could apply or be granted any portion of the Sishen mine right pursuant to SIOC having been granted a 100% mining right.

"So, while ArcelorMittal South Africa agreed that ICT should not have been awarded a prospecting right, we were seeking and were granted relief that was inconsistent with SIOC's position as SIOC was contending that it was only granted a 78.6% mining right — indicating that a 21.4% right was available.

"This position was also adopted by SIOC in the arbitration and it formed the premise upon which SIOC based its contention in the arbitration proceedings that it is no longer obliged to supply iron ore to ArcelorMittal South Africa at cost plus 3% in terms of the agreement.

Mining rights
"The premise of SIOC's contention in the arbitration proceedings has accordingly now been found to be incorrect."

With regard to costs Zondo has not, at this stage, made any order as no argument on costs has been addressed to the court. Following the release of the judgment, submissions on costs can be made in due course. — I-Net Bridge

The small town’s residents, who say they’ve been terrorised by rogue police officers for years, were unsurprised when Reginald Linnerd was found beaten to death in a holding cell
Read more
National