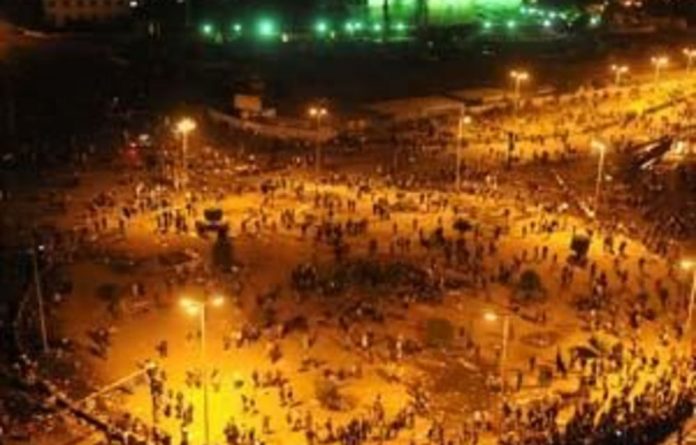 Egypt is holding the latest round of its first democratic parliamentary election on Thursday in relative calm after five days of protests in Cairo that prompted a brutal response from security forces.

The latest confrontations — in which 15 people were killed — redoubled the determination of many pro-democracy protesters to see the military council that took over from ousted president Hosni Mubarak hand power to civilians immediately.

But the wider political landscape is changing away from Cairo’s Tahrir Square, centre of the protests, as the long-banned moderate Islamist Muslim Brotherhood looks to extend its election lead on Thursday.

Polling finishes on January 11. Field Marshal Hussein Tantawi, head of the military council, said the lower house of Parliament would convene on January 23, two days before the first anniversary of the uprising that toppled Mubarak.

Tahrir and surrounding streets were quiet on Wednesday for the first time in a week, not least because authorities erected concrete walls to bar access from the square to roads leading to Parliament, the Cabinet office and the interior ministry, where violence has been the most fierce.

A night earlier, police and soldiers had used teargas and batons to chase protesters out of the square.

Nine provinces, mostly outside the capital, held run-off votes on Wednesday and Thursday in the second round of an election that is being held in stages over six weeks.

Wide wedge
The army council has said it will not let the transition be derailed and has pledged to hand power to an elected president by July.

Activists plan a million-man march to Tahrir Square on December 23 to protest against army rule and the latest violence.

A few hundred hardy protesters were still in and around the square on Wednesday, surrounded by streets strewn with rocks exchanged between them and security forces. Some protesters held up bullets and cartridge cases that they said had been used against them. Traffic passed through other parts of the square.

The clashes have driven a wedge between those determined to stay on the streets and other Egyptians desperate for a return to order after turmoil that has damaged the economy and scared off foreign tourists. Many still see the army as the only institution capable of achieving this.

“All demonstrations should stop to end this violence until we finish elections and elect a president, then all the demonstrators can voice their concerns through members of Parliament,” said Erian Saleeb (64) who works in the floundering tourist industry.

But many have been shocked by images of police and soldiers hitting protesters with batons even after they fell to the ground and, in one case, dragging a prone woman by her black robe, exposing her bra and then kicking her.

US Secretary of State Hillary Clinton this week responded with some of the strongest US criticism of Egypt’s new rulers, citing cases of women protesters being sexually assaulted.

Meddling
“This systematic degradation of Egyptian women dishonours the revolution, disgraces the state and its uniform and is not worthy of a great people,” she said.

The US, for which Egypt under Mubarak was a crucial ally, gives Cairo $1.3-billion a year in military aid.

Egyptian Foreign Minister Mohamed Kamel Amr said on Wednesday that Egypt would not accept meddling in its affairs and did not take comments such as Clinton’s lightly.

In a statement, the army council apologised, saying it “respects and appreciates Egyptian women and their right to protest and fully participate in political life”.

But other generals and their advisers have condemned the pro-democracy demonstrators, whom they accuse of wreaking havoc.

The credit rating agency Moody’s downgraded Egypt’s debt on Wednesday and said it might knock it down another notch because political uncertainty was undermining investor confidence — a fresh blow to an economy already reeling from months of unrest.

Adequate liquidity
Moody’s said that, without financial support, Egypt’s central bank might find it difficult to maintain adequate liquidity in the months or year ahead.

One opposition group that has lowered its profile in the protests is the once-banned Muslim Brotherhood, whose Freedom and Justice Party now leads the election results after the first round, followed by ultra-conservative Salafi Islamists.

A large percentage of the individual — rather than party list — seats up for grabs in the run-offs were being contested between Muslim Brotherhood and Salafi candidates.

Analysts say the Brotherhood has kept a low profile as it is determined to see the vote completed, putting it in a commanding position in the new assembly and securing its place in mainstream politics for the first time in its 83-year history. — Reuters